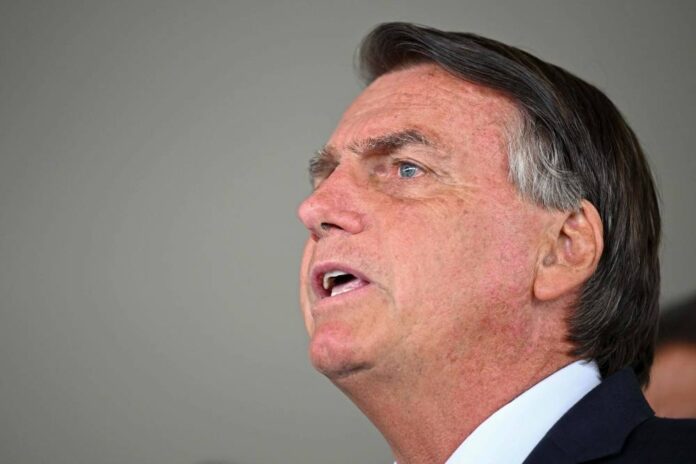 BRASILIA, Oct 5 — Far-right incumbent Jair Bolsonaro and leftist challenger Luiz Inacio Lula da Silva both got key endorsements Tuesday as they geared up for their battle for Brazil’s presidential runoff on October 30.

The two rivals are aggressively chasing endorsements for their polarizing final bout, after finishing with a closer-than-expected five-point difference in Sunday’s first-round election: 48 per cent for ex-president Lula to 43 per cent for Bolsonaro.

Both are racing to win over Brazilians who voted for the third — and fourth-place finishers, centre-right candidate Simone Tebet (four per cent) and centre-left candidate Ciro Gomes (three per cent).

They will also be campaigning hard to woo those who cast blank or spoiled ballots (three per cent and two per cent, respectively) or simply didn’t vote — 21 per cent of the South American giant’s 156 million voters.

Bolsonaro racked up several major endorsements, including from influential corruption buster Sergio Moro, his one-time justice minister, who had quit his administration in protest in 2020.

The centre-left firebrand served as a minister in Lula’s first administration, but later fell out with him and emerged as one of his fiercest critics.

‘Lula not an option’

“Lula is not an option,” Moro, the ex-judge who led the massive “Car Wash” graft investigation, wrote on Twitter.

“His government was stained by the corruption of democracy,” he said, declaring his backing for Bolsonaro.

Moro is famous as the judge who jailed Lula, the biggest name felled in “Car Wash,” an investigation that uncovered a sprawling web of corruption that stole billions from state-run oil company Petrobras.

He resigned his judgeship to become Bolsonaro’s justice minister in 2019, but quit the following year, accusing the president of interfering in police investigations that targeted his inner circle.

The resignation was hugely damaging for Bolsonaro, who had run on an anti-corruption platform.

But the president said all that was now “water under the bridge.”

“From here on, it’s a new relationship,” he said. “There are no scores to settle.”

Moro tried to make a presidential run himself this year, but failed to garner enough support and opted instead for the Senate, winning a seat for the southern state of Parana.

He also scored one from outgoing Governor Rodrigo Garcia of Sao Paulo, Brazil’s most populous and wealthiest state, who lost his own re-election bid.

Lula’s endorsement from Gomes’s Democratic Labour Party (PDT) came despite a long history of animosity between the two men.

Gomes grudgingly went along with party leadership, saying in a video he “supported” the endorsement as “the only exit, under the circumstances.”

Lula also looks likely to get the backing of third-place candidate Tebet, a centre-right senator and anti-abortion Catholic who could be key to luring socially conservative women voters.

She has hinted she is ready to back Lula. But it will be another matter winning over her party, the Brazilian Democratic Movement (MDB), which has a strong pro-Bolsonaro wing.

“Make your decision soon. Mine is already made,” Tebet has told the divided party’s leadership. — AFP

Facebook
Twitter
Pinterest
WhatsApp
Previous articleBudget 2023: Can PM Ismail Sabri please everyone with an election Budget?
Next articleReport: Denmark will travel to Qatar without families in human rights protest