HomeNationalBudget 2023: Can PM Ismail Sabri please everyone with an election Budget?
National 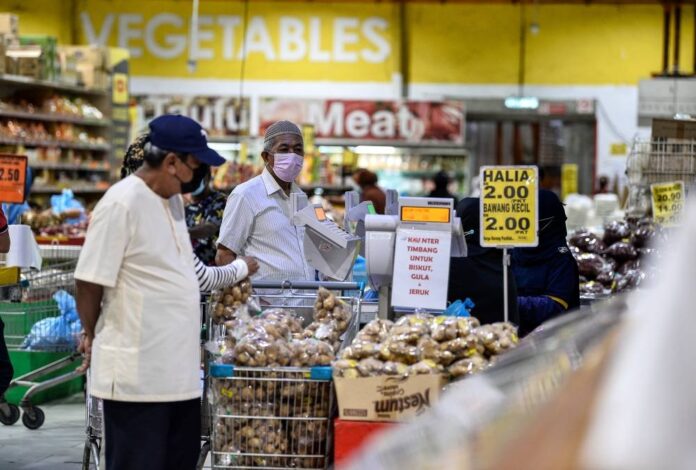 The country’s ninth prime minister is expected to unveil a spending plan that will push his approval ratings up, which means it’s more than likely to be an expansionary Budget. — Bernama pic

KUALA LUMPUR, Oct 5 — Prime Minister Datuk Seri Ismail Sabri Yaakob will be tabling only his second federal Budget on October 7 but it could be the most significant one for his political career.

With the 14th Parliamentary term set to expire by next July, Budget 2023 will be an “election Budget” regardless of when the 15th general election is held.

Key leaders within the ruling party Umno have been openly pushing for the polls to happen in November, but there are rumours that Ismail Sabri himself may not be keen.

Still, the country’s ninth prime minister is expected to unveil a spending plan that will push his approval ratings up, which means it’s more than likely to be an expansionary Budget.

Economists and a political analyst polled by Malay Mail agree that Budget 2023 will be much higher than this year’s, already the highest to date, even as the government tries to shrink its deficit to meet targets set previously.

“Given that this is an election Budget, we will likely see some form of bigger spending in terms of government expenditure,” said Shazwan Mustafa Kamal, associate director at Vriens & Partners, a political risk consultancy.

“The devil will be in the details, however, as there is likely some form of a tradeoff in terms of recalibration of allocations between ministries. The Ismail Sabri government (would) want to position itself as the reason why voters need to back his leadership/BN for another election cycle,” he added.

Appeasing key constituents will be the primary aim, yet for Ismail Sabri and his advisers, deciding who gets what and how much could prove to be tricky now that some five million first-time voters have been added to the electoral roll.

No political party can confidently predict how this demographic will cast their votes, or if they will even turn up, posing a challenge for Ismail Sabri and his party as they formulate next year’s spending plan.

UOB’s global economics and markets research analysts, in a note on what to expect from Budget 2023, suggest that Putrajaya is considering, among a slew of other support measures, a loan moratorium for SMEs to help them cope with higher borrowing costs, in anticipation that Bank Negara Malaysia may raise the overnight policy rate further.

It stands at 2.5 per cent at the moment, still lower than pre-Covid levels.

“Given that this Budget will be tabled before the next general election, we expect it to be election friendly with expansionary measures (i.e. continued cash handouts and subsidies for targeted groups, higher tax relief, and lower EPF contribution rate).

“Digital and green economy related measures (ie. green incentives and investment assistance for SMEs adopting the use of automation and digital technology) are likely included. The loan moratorium for SMEs is also being considered due to the burden of rising interest rates.”

Shoppers browse for goods at a supermarket in Kuala Lumpur, June 26, 2022. — Bernama pic

One key area that would likely get keen public attention is how the Budget aims to deal with soaring inflation. Food prices in particular have increased, and more so if you dine out. Prices of food items rose sharply by over seven per cent in August compared to the same month last year, driving overall inflation up to 4.7 per cent, Department of Statistic Malaysia’s inflation data showed.

Because Malaysia imports most of its food there are concerns that the increasingly strong US dollar and a weak ringgit will push food import costs up further, tightening the squeeze on the bottom 60 per cent of Malaysian households and spooking even the middle class.

That means the prime minister is expected to announce a raft of measures to cushion the impact and put more cash in people’s pockets.

Analysts predict the Ismail Sabri-led government will not only continue with cash handouts and subsidies for targeted groups, but may also announce a higher tax relief for the middle class as well as small- and medium-sized enterprises.

The bigger spending will likely be made possible by a higher oil revenue, smaller allocation for the national Covid-19 fund and the return of tax income foregone as pandemic support measures, UOB analysts suggest.

Ismail Sabri is also expected to avoid rolling out new taxes so as not to provoke a backlash although the proposed move to slap a 10 per cent levy on all goods valued under RM500 bought online has already stoked some anger.

There had been talks about a possible return of the Goods and Services Tax as the government looks to improve its coffers but with inflation at record levels, that now seems unlikely.

“We do not expect any new taxes to be introduced for 2023 but the government will further enhance tax compliance and collection… in other words, a reintroduction of goods and service tax (GST) at a lower rate than the previous 6 per cent is not expected to be announced,” UOB analysts said.