HomeEntertainmentAt 76, this PJ man is enjoying life and getting thrills by...
Entertainment

At 76, this PJ man is enjoying life and getting thrills by surf skating (VIDEO) 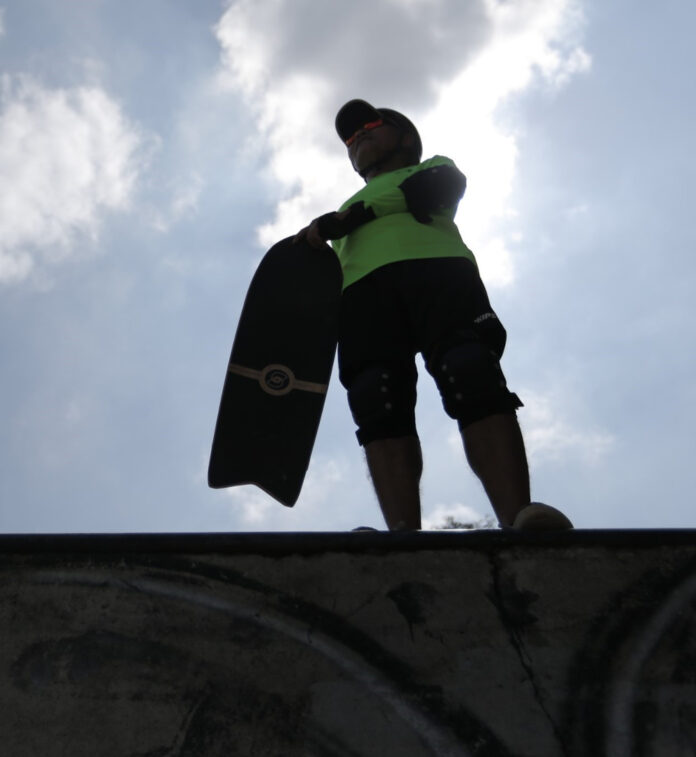 Abdul Rahim Anuar loves being on a surf skateboard as it allows him to make more turns as compared to a skateboard. — Picture by Ahmad Zamzahuri

This after he learned how to roller skate at 70.

He made the switch to an e-skateboard when he was 73 and loves the thrill of being on it.

He heads to the Shah Alam Extreme Park twice a week for a few hours to practise his skills and has no qualms about being around youngsters, who he said were very welcoming.

“I just love trying out new sports — and it’s something that I do for myself and not to prove anything to anyone,” he said.

“Sometimes I get discouragements from friends my age telling me to stop my interest in sports but I dismiss them.

“Why should I when I love sports so much and it’s been keeping me alive and well throughout these years?”

He added that he was an easygoing person and is often intrigued by how people are interested in sports.

One might think that Ipoh-born Abdul Rahim has been active in sports since childhood but he only started being active at it at the age of 30.

“I was a high jumper in primary school and was not so gung-ho in sports that time.

“But in my late 20s, I had a keen interest in motocross bikes and that was when I decided to compete in motocross competitions actively.

He has gone on convoy trips to Lake Pedu, Penang and Kuantan with his Kawasaki VN 800 and Laverda Ghost.

Despite having pains in his hands due to persistent hand grips on the motorbike, the surf skater still continues to do it.

He has climbed Mount Kinabalu and Mount Tahan thrice and even joined the Ironman Malaysia challenge (duathlon consisting of swimming and cycling).

“There was a time where I even cycled at 11pm to Batu Caves just to watch the beautiful procession the night before and came home the next day at 6am.

“Even when I was 50, I earned my ultralight aircraft pilot license and enjoyed the experience.

“Right now, I’m more inclined into surf skating, cycling and walking compared to the other sports.”

On being happy and having a supportive family

The one motto that he lives by is to just do whatever that makes you happy.

In his case, it’s sports.

Asked how he braced himself to join surf skating without worrying about the dangers such as the injuries that can occur, Abdul Rahim said that falling down and getting injured is part and parcel of any sport.

Although Abdul Rahim has had back pains from past injuries, that is not stopping him from learning more advanced moves in surf skating. — Picture by Ahmad Zamzahuri

“One must never be afraid to fall and get hurt to be a better sportsperson.

“My wife used to joke and tell me that whenever I get any injuries, she would tell me to go to the hospital instead of coming home to me.

“But over the years, she has been supportive towards my passion in sports.”

He added that at his age, it was important to wear protective gear such as helmet, knee and elbow pads and make sure that he rides his surf skateboard at his own pace without comparing it with others.

To him, it is important that one takes their own time to practise regularly so that they can progressively learn new tricks and have a community to support one another.

“There was once where I fell on my shoulders near my house using my skateboard after stumbling on a seed from somewhere.

“It took me two months to heal now, I try to minimise it with protective gear.

“Sometimes, I do get pains from past injuries but it doesn’t stop me from participating in sports and games because I just love it,” he said.