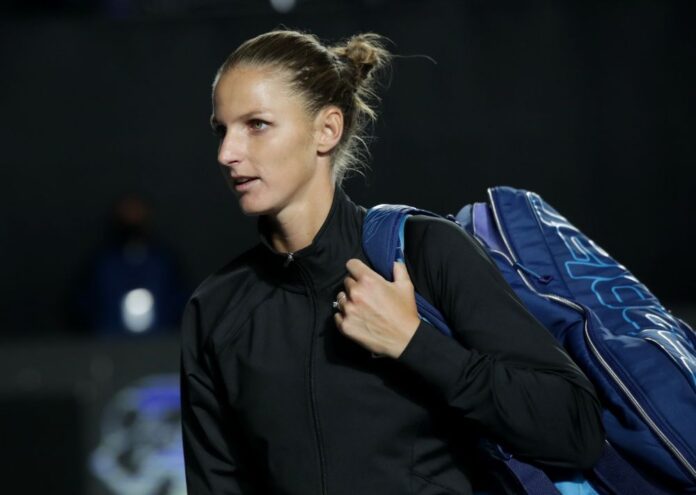 The 25-year-old Estonian Kontaveit captured the 30-minute first set with an ace out wide and sealed the win when an error-prone Krejcikova sent a backhand into the net on match point.

Kontaveit, who was the final singles player to secure her place in the eight-player tournament, claimed four WTA titles this year to surge to world number eight and has now won 11 straight matches.

“I managed to win Cleveland, then it just sort of started rolling from there,” said Kontaveit, who also picked up titles in Ostrava, Moscow and Cluj-Napoca.

“I’ve been believing in myself a little bit more, and the game definitely has clicked from just getting more wins and playing a lot of tennis and really feeling comfortable, enjoying playing tennis.”

French Open champion Krejcikova, who is the only reigning Grand Slam champion in the competition, never found a rhythm on the purple court in the high-altitude Mexican city.

“The match was difficult,” Krejcikova said.

“I think Anett, she was playing a solid game, she was serving well.”

In a battle of former world number ones, Pliskova overcame a slow start to see off Muguruza under the lights in the night session.

After dropping the first set, Pliskova broke Muguruza’s serve to end an eight-minute game and take a 2-0 second set lead she would not relinquish.

In the third set, Muguruza saved two match points on her serve at 5-4 and held her nerve to ultimately force a tiebreaker.

But the hard-hitting Czech would not be denied and extended her record to 9-2 against the Spaniard when Muguruza sent a forehand wide to end the marathon third set.

The WTA Finals divides the players into two groups of four to play in a round-robin format, with each player competing in three matches.

The top two players from each group will advance to the semi-finals, where the tournament will then use a knockout format.

The WTA Finals were not held last year because of the Covid-19 pandemic and was originally scheduled to take place in Shenzhen before being moved because of pandemic-related travel restrictions in China. — Reuters