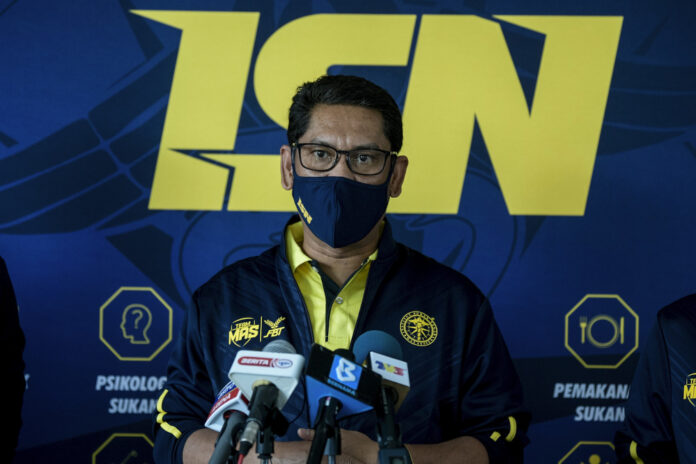 KUALA LUMPUR, Oct 14 — The Youth and Sports Ministry (KBS) is ready to find the best approach to assist national Moto2 rider Hafizh Syahrin Abdullah after he had hinted at quitting the World Motorcycle Championship at the end of this season.

Its minister, Datuk Seri Ahmad Faizal Azumu said that if the rider had any problems, the KBS would listen to him first before trying its best to offer any form of assistance.

“That is our responsibility, what is important is that he too must make an effort and must be determined. InsyaAllah, we will ensure he gets the necessary help,” he told a media conference after making an official visit to the National Sports Institute (NSI) here today.

Recently, Hafizh of the NTS RW Racing GP Team cited financial constraints as one of the factors that may see him walk away from next season’s championship as he would have to fork out a sizeable amount of his own money to join a team.

He had earlier hinted via his Instagram account that he was ready to end his career after competing in the World Motorcycle Championship since 2014.

In a separate development, Ahmad Faizal said that in his short time at the ministry, he and the KBS staff had managed to implement satellite accounts for the sports industry.

He said this was because, so far, there was no data to show how big the sports industry was in the country.

Speaking of the sports industry, Ahmad Faizal said the KBS welcomed the involvement of athletes or former athletes in providing support to the industry as well as benefiting from it.

“I do not want athletes, when they retire, to completely leave the field and go to another field to start a new life. They can continue a new life in the same field because the sports industry is big enough and can also give a substantial return in terms of income,” he said.

Meanwhile, on his official visit today, Ahmad Faizal said it was to observe the NSI facility and its operations as an agency tasked with providing scientific services, advice, consultation and other services related to sports science and sports medicine to national athletes.

Among the facilities he visited were the Sports Medicine Facility, Ice La, Human Movement Lab, Jungle Gym and Environmental and Altitude Chamber.

He was pleased with the NSI’s operations which are in accordance with international-standard specifications in its efforts to restore and improve the athletes’ performance levels.

“National athletes must make use of the facilities provided so as to ensure they can recover from their injuries, apart from improving their fitness in a short time,” he said.