Work out economic strategy to cope with lockdown, emergency 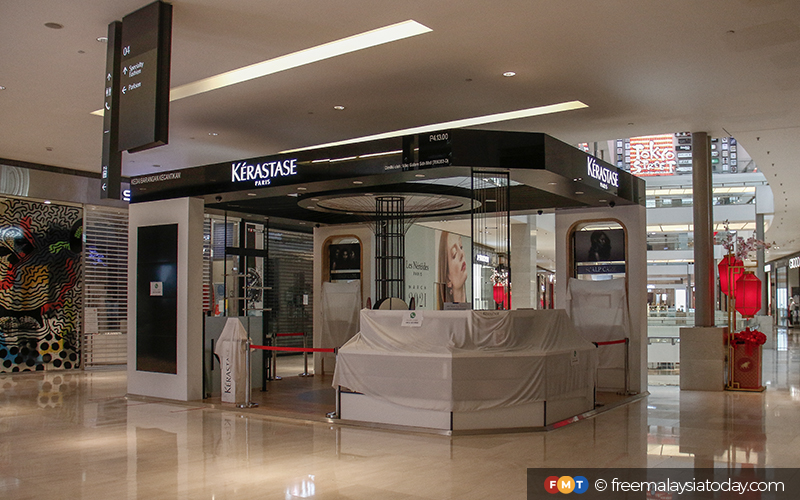 There has been a lot of debate on the impact of the new movement control order (MCO) implemented for two weeks from Jan 13 and the state of emergency from Jan 12 to Aug 1 on the country’s economy.

Much of the debate reflects anger and frustration at the two events and confusion over whether the MCO will be shorter or longer than announced. While this is understandable, it is often not constructive.

It is much more worthwhile to consider what might or should happen to the economy taking the MCO and the state of emergency as given and also taking the highly probable position that the MCO will be extended beyond two weeks based on current daily case numbers for Covid-19 and past experience both here and around the world.

As a working hypothesis, it is reasonable to assume that the economy will respond this time much as it did last time but from a much weaker base with much-depleted reserves to weather the coming challenges.

As a baseline scenario, we must expect that for the next six months the economy will be at best stagnant with little or no economic growth. We can also expect that the period of deflation, which has seen core inflation fall to 0.7% and negative headline inflation, will continue.

There is little or no prospect of any improvement in domestic investment, and consumption is likely to be constrained to basic necessities with little or no discretionary spending on life’s little luxuries.

Unemployment is likely to rise, probably only slightly on official figures but much more in reality, while under-employment will also continue to rise significantly. We can expect very uncertain external demand conditions with no significant contribution from net trade or foreign direct investment (FDI).

The economy will be stuck in a “survival trap” – the patient is very weak and getting weaker by the day, only surviving on active intervention with options running out.

The stocks of resources both in terms of inventories and financial reserves with firms and savings and EPF withdrawals for consumers are just about helping but these will reach their depletion point soon.

The flow of help from the government will also begin to hit fiscal constraints which will become binding as resources are merely reallocated from one area of spending to another.

The pivotal period or tipping-point will come within six to seven months from the end of the state of emergency on Aug 1.

At this point, we will face a bifurcation of either a good prospect for the second half of the year or a tip into the bad scenario of continued recession leading to full-scale depression. The international scenario will be a significant influence in one direction or another.

In terms of managing the economy, the government must create an insurance policy to deal with the uncertainty that will arise at the end of the state of emergency and this must also include a viable exit strategy from the current policy stance around the same time.

The philosophy must be completely different from that currently used which reacts to short-term events with extra spending from existing budgets and must instead focus on injecting support within a three-phase plan that incorporates the immediate period of the next six months, the period beyond that to the end of the year, and the long-term development plan for the economy post-Covid-19.

The plans for these three phases must be implemented simultaneously and begin immediately to maximise their effectiveness rather than applying them sequentially which wastes lead-time in implementation and creates uncertainty.

The first plan is an immediate injection of money to support struggling consumers and businesses which to some extent was announced by the prime minister in his speech on Monday.

The RM15 billion reallocation of money from the 2021 budget, along with expedited final payment of the Bantuan Prihatin Nasional (BPN 2.0) and the interim i-Sinar EPF withdrawals, should be accompanied by a monetary stimulus of lower interest rates and direct printing of money, targeted at those who need it, not just in the B40 group but also in the M40 group too.

The second plan must target the likely tipping point in six to seven months when private sector savings, corporate stockpiles and even government coffers will be depleted. This is a much tougher response which requires a direct real injection equivalent to perhaps 2-3% of gross domestic product (GDP) and, given the constraints of government borrowing, is likely to require a reallocation of the budget recently passed and/or new debt.

There must be as wide a response as possible from the supply side to allow businesses to fulfil extra demand, raise output and shore up long-term productive capacity.

The third plan must focus on the long-term, beyond the Covid-crisis, to revitalise, refresh and stimulate external demand through trade and FDI. Both are essential to the long-term recovery of the economy and will require international collaboration at a regional level to create a positive-sum game from enhanced trade and investment liberalisation.

So far the government has only given us some hint of its plans for the immediate impact of the new MCO and the emergency, which is a good start. To create a greater sense of confidence it must now look beyond the next two weeks and show us its plan for the rest of the year and the post-Covid-19 recovery.