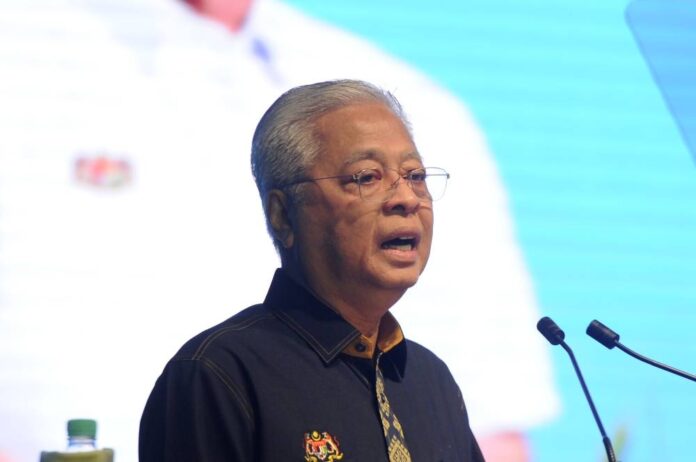 SERDANG, Aug 6 — Prime Minister Datuk Seri Ismail Sabri Yaakob today waved off views that his government is on shaky ground with allies from the Perikatan Nasional (PN) coalition close to withdrawing their support for his leadership.

He said news reports of his dwindling support were likely the opinion of a small number of people and not the official stand of the Bersatu-led PN coalition.

“But this statement is not the party’s official statement, maybe it is from one or two people.

“There are party members who said the matter was not brought into the party’s official meeting. For action to be taken it must be made based of the party’s official decision,” he replied reporters after launching the Malaysia Agriculture, Horticulture & Agrotourism 2022 exhibition here.

The Umno vice-president said that he is ready to take the next step should any lawmaker withdraw support for the government.

He hinted that he would face his dissenters in the next general election, without giving any indication of a date.

“Our country practices a democratic system so it is up to anyone to make a decision, any party can make their own decision, and with the decision we have to face if there is a withdrawal of support for example, if the government falls, the election must be held after that.

“If this government still remains, then we will consider the appropriate election date,” he said.

Local daily The Star reported yesterday that the PN coalition is mulling to pull its support to Ismail Sabri, which could trigger the collapse of the federal government.

Citing unnamed sources, The Star reported that PN, which jointly forms the government with the Umno-led Barisan Nasional coalition, is upset that its scheduled meeting with Ismail Sabri last Thursday was abruptly cancelled the night before by the Prime Minister’s Office.

The meeting was purportedly to pressure Ismail Sabri to appoint a deputy prime minister from Bersatu, which was allegedly part of a deal signed between him and former prime minister Tan Sri Muhyiddin Yassin before the latter resigned from office in August last year.