HomeNationalWhy are Malaysians falling for deadly job scams in Cambodia, and what...
National

Why are Malaysians falling for deadly job scams in Cambodia, and what is Putrajaya doing to prevent more victims? 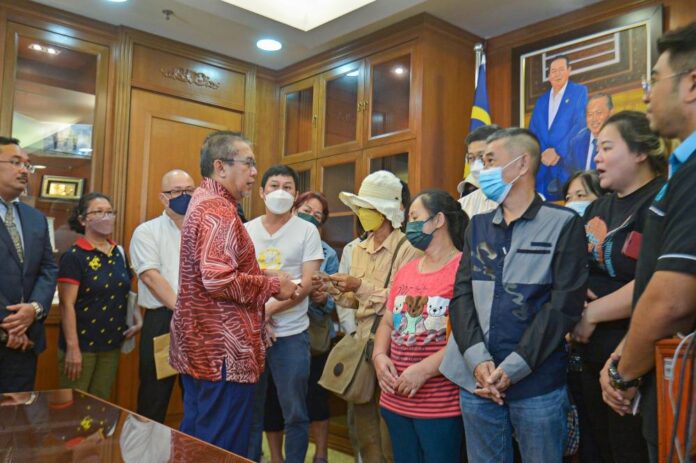 Job scammers operate through sophisticated fake profiles and shadow websites, and post job opportunities overseas via social media to lure debt-saddled youths from Malaysia and other South-east Asian countries with promises of high salaries in online sales or eternal love. — Picture by Choo Choy May

KUALA LUMPUR, Sept 29 — Modern slavery, as unbelievable as it sounds, exists in 2022.

It is described as severe exploitation of people for personal or commercial gain, and its prevalence — in the form of job scams which promises high wages for simple work overseas — has only increased over the past year post-Covid-19, which destroyed thousands, if not millions of lives and livelihoods and forced people to take risks in order to make ends meet and support their loved ones through the hardest of times.

He died on May 11 at the Mae Sot Hospital, in Mae Sot, Thailand, a city in the west of Thailand that shares borders with Myanmar.

Goi, a teacher in training, was supposedly held in Myawaddy, Myanmar, which borders Mae Sot. According to his doctor who treated him at Mae Sot Hospital, Goi was severely abused and beaten before being dumped at the hospital in April under the fake name “Mun Jun Hong” and a fake passport number, making authorities unable to contact his family back in Ipoh, Perak.

His body was buried at the Si Racha cemetery in Chonburi province under the fake name.

This has set an urgent tone in Putrajaya to end these scams and bring back the hundreds of other Malaysians who have fallen prey to these syndicates before they end up like Goi.

But who runs these syndicates? What do they want and how do they lure thousands of people to fall straight into their trap? How many people are actually being held captive overseas and what is the government’s stand on the issue?

Let Malay Mail break it down for you.

The ashes of Goi Zhen Feng, who is believed to be a victim of a job fraud syndicate and died on May 11 in Thailand, were brought home to his residence in Ipoh, September 16, 2022. The victim’s father Chee Kong, 50, (left) and mother with two sons and a daughter and relatives could not contain their sadness during a special prayer ceremony before the ashes were buried. — Bernama pic

Who are these scammers and how do they operate?

These job fraud syndicates are supposedly led by gangsters from China who run their scams from secure compounds mainly found in Sihanoukville, a coastal town at the tip of an elevated peninsula in Cambodia’s south-west on the Gulf of Thailand, but also have outposts in the casino border towns of Laos and Myanmar, where they can easily transport those they have ensnared to and fro.

They operate through sophisticated fake profiles and shadow websites, and post job opportunities overseas via social media to lure debt-saddled youths from Malaysia and other South-east Asian countries with promises of high salaries in online sales or eternal love, before enslaving them to carry out scams themselves or risk being beaten to a pulp, sold off to another syndicate or having their organs harvested.

Reports from victims who have been repatriated tell stories of what they describe as hell, with their passports and personal phones being confiscated upon arrival at a compound that they were not allowed to leave, living in small cramped rooms with nothing but the clothes on their backs.

Victims of these scams were made to work 15 hours a day, often times starved, beaten or electrocuted by electronic batons, drugged, raped or even murdered if they do not comply with their captives or do not meet their “sales” targets.

They are under constant supervision, live in eternal fear, and are forced to extort vast sums of money from their family members to be released and return from their hellish ordeal.

A victim who was named as Eric reportedly said he was brought to a rural place in Cambodia and was given a mobile phone to work for a telephone scam company.

He added that they were warned against using the handphone to call outside people, take pictures and videos and send information of the area.

View of a shuttered Great Wall Park compound where Cambodian authorities said they had recovered evidence of human trafficking, kidnapping and torture during raids on suspected cybercrime compounds in the coastal city of Sihanoukville September 21, 2022. — Reuters pic

How many Malaysians have fallen victim to these scams?

Officially, the police’s secretary Datuk Noorsiah Mohd Saaduddin said on August 19 that a total of 238 Malaysians have fallen victim to overseas job scam syndicates between 2021 and then, with 168 in the clutches of these gangs.

Malaysian Ambassador to Cambodia Datuk Eldeen Husaini Mohd Hashim said Malaysian victims were enticed by high salaries offered by the scams — ranging from US$2,000 to US$4,000 (RM9,000 to 18,000) — usually spread through social media such as Facebook, Telegram and WhatsApp.

He divided the victims into two categories — the first one being those with qualifications such as diploma, while the second one comprise young people aged 10 to 30 without qualifications.

Minister in the Prime Minister’s Department (Special Functions) Datuk Dr Abdul Latiff Ahmad also told the press on September 20 that an exact number of victims could not be ascertained as only about half of the cases have been reported to the police, making authorities unable to put an exact number of Malaysian victims who have fallen into the syndicate’s trap.

However, according to testimony by a rescued Malaysian who only wanted to be known as Seah, he claimed he saw first-hand that there were over 1,000 Malaysians currently being enslaved by the syndicate just in the building where he was being held in Myawaddy.

“On each floor there were about 300 people, mostly Malaysians. They were beaten as well so I know that they are also victims,” he said in a press conference at Wisma MCA on June 8.

The victim named Eric also shared that he was kept at a 13-storey building resembling a hotel and there were 10 groups consisting of 10 people or more for each group at each floor of the building.

Since early September, some of the victims have been brought home with the Foreign Ministry saying a total of 123 out of 153 victims of such syndicates have been rescued.

However, Eldeen Husaini has also said that there were also some who had refused to return to Malaysia, as they are runaways or victims hiding from loan sharks.

What is Malaysia’s government doing?

With pressure mounting on the government by families of the victims, MPs from both political spectrums and non-governmental organisations (NGOs) to combat human trafficking of its citizens, Putrajaya has expressed its commitment to ensuring the return of all its citizens and was making an effort through all channels available to them.

Goi’s death was the push needed for Putrajaya to put this matter on the top of their list, after a memorandum was sent to Prime Minister Datuk Seri Ismail Sabri Yaakob to seek the government’s assistance and intervention in the job scam issue abroad with Malaysians as the victims were sent in by a group of NGOs.

He then instructed Dr Abdul Latiff to take charge of the matter, and on September 20, the special functions minister said that he would bring up the job scam issue involving Malaysian victims abroad to Cabinet after chairing a meeting with Goi’s family and the NGOs.

The Home Ministry was also reported saying the problem was among matters raised at the 16th Asean Ministerial Meeting on Transnational Crime, with a task force formed under the police together with the Interpol, Asean Police, and other enforcement agencies.

He said during the meeting, enforcement agencies have presented the results of the investigation, outlining technical coordination and mobilising inter-agency operations not only to rescue victims, but to bring the syndicate criminals to justice.