HomeTechnologywatchOS 8: Here are the new features you should try out
Technology

watchOS 8: Here are the new features you should try out 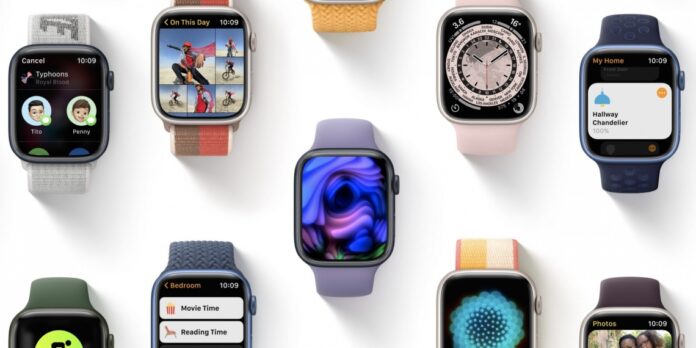 If you have an Apple Watch Series 3 and later, and have updated to the watchOS 8, here’s what you can try out. – SoyaCincau pic

KUALA LUMPUR, Oct 5 – Joining the iOS 15 update, your Apple Watch is also able to enjoy a new update by Apple. But there are features that you might not have tried out yet — or might not have known about yet. So, if you have an Apple Watch Series 3 and later, and have updated to the watchOS 8, here’s what you can try out.

There are two new Watch faces in the Face Gallery that you can add, World Time — which also gives you the time in different places of the world in a cool new layout, and Portraits — which lets you pick your favourite Portrait photos of friends and family. The latter is definitely the most interesting, as it also features a dynamic, multilayered effect to the photos you pick.

To find the Portraits Watch face option, you can find it in Face Gallery in the Watch app. The option will be under “New Watch Faces”. To add it to your Watch, you’d need to choose the Portrait photos that you already have in your Photos app. Once you’ve picked your favourite Portrait photos, you can press “Add” and it will show up on your Watch.

I would actively try to avoid texting through my Apple Watch, but if I really had to, the watchOS 8 update makes it a lot easier to do so. While typing, you can now use the digital crown to shift the text cursor. You’re also meant to be able to compose more messages on the watch itself “in a shorter space of time”.

You’re also now able to text or email a photo on your Watch “with just a few taps”. Go to the Photos app on your Watch, then pick the photo you want to send. You’re then able to press “Share” and send it through Messages or email. Additionally, their new revamped Music app lets you share songs, albums and playlists through Messages and email as well.

You’re also able to add, edit or browse contacts through the Watch’s new Contacts app. You can use it to add phone numbers, email addresses and home addresses.

Focus is one of the highlights for the iOS 15 update, as it filters notifications “based on what a user wants to focus on in that moment”. Any Focus-mode you set also syncs across your Apple Watch, iPhone, iPad and Mac. You’re able to choose a Focus mode right through your Watch by going to Control Centre. You can additionally choose to have it on indefinitely, on for one hour, on until tomorrow morning or on until you leave your location.

And instead of the Breathe app, Apple has replaced it entirely with the Mindfulness app. The app not only has the regular old Breathe option (with refreshed new visualisations) where you can use it to help you breathe in and out for a minute, it also has the Reflect option. The newer addition lets you look at pretty visual animation for a minute and “asks you to focus on a short, thought-provoking theme”.

In your sleep, your Apple Watch will be able to track respiratory rate — or the number of breaths per minute — while you sleep. It will also be able to track the data and trends over time, which you can check in the Health app on iOS.

The Apple Watch is now more accurately able to track two workout types — Tai Chi and Pilates. It will also detect when you’re riding a bicycle and prompts you to start a cycling workout, which will include being able to automatically pause and start again when you take a break. For indoor cycling, you’ll now get more accurate calculations of calories burned.

As always, you can set timers with the Timers app on your watch, or with a “Hey Siri” voice command. However, you can also now make multiple timers at once, and you can give each specific timer a label to make them easier to identify. This can help with things like setting timers for the different kinds of food you’re making or setting up timers for several washing machines if you’re doing laundry day.

A new app on your Apple Watch called Find Devices is able to find your own Apple devices — and acts like sort of the mini version of the Find My app. It will give you a list of your Apple devices, as well as the location, how far away it is, and even how much battery it has left.

You’ll also be able to utilise another app called Find Items, which has the same concept but for items with AirTags and other similar trackers.

The Weather app on the watchOS 8 Apple Watch has support for severe weather notifications, and alerts for precipitation happening in the next hour. It also has some other updated weather details to play around with on your Watch face.

You’re now able to check on headphone audio levels when you’re listening to media on your Apple Watch — just like on your iPhone and iPad. All you need to do is go to the Control Centre, then press on the icon that looks like an ear.

Also, keep in mind that not only do you need an Apple Watch Series 3 or higher to be able to update to watchOS 8, it also requires the iPhone 6s or later. For their full list of new features including some additional details, you can visit Apple’s watchOS 8 page. – SoyaCincau