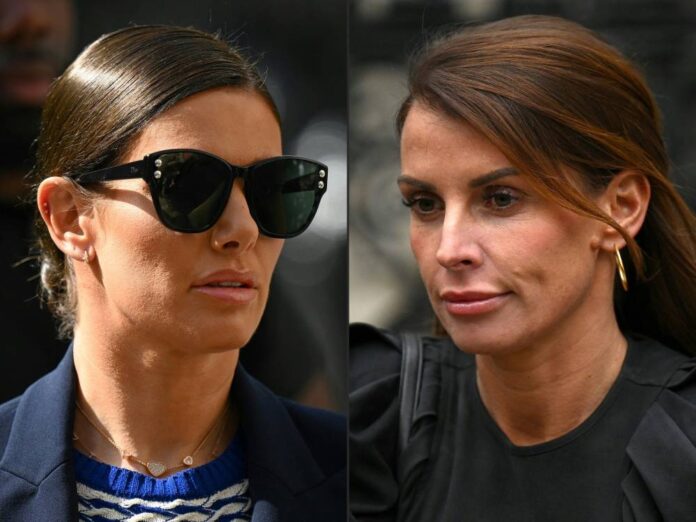 In an order made public just over two months after a decision was delivered in the high-profile civil case, judge Karen Steyn said Vardy should pay 90 per cent of Rooney’s nearly ?1.7 million outstanding bill.

Steyn in late July had found that allegations made by Rooney against Vardy were “substantially true”, and that Vardy was complicit in the release of information to The Sun newspaper by her agent.

The 12-day trial held in May laid bare tabloid double-dealing and the lives of the rich and famous.

She must also pay some of the costs incurred by seven journalists who were potential witnesses but did not give evidence, as well as her own potentially seven-figure legal expenses.

In her July 29 ruling, Steyn effectively branded Vardy a liar as she sided with Rooney, the childhood sweetheart of England’s record goal scorer, in the bitterly fought case.

Fascination with the lives of the wives and girlfriends (WAGs) of top-flight footballers — and the very public falling-out in this case — produced wall-to-wall coverage of it.

Coleen was dubbed “Wagatha Christie” early in the saga after she set up an elaborate sting to try to determine who was behind leaks about her.

But Steyn found that Vardy and her former agent Caroline Watt had worked in collusion.

Paul Lunt, partner and head of litigation at law firm Brabners which represented Rooney, said her pursuit of evidence that “Vardy had deliberately deleted or destroyed” spiralled the costs.

“(It) is a major reason why her legal costs increased substantially from the original estimates given to the court long before the start of the trial,” he said today.

Vardy had argued for an 80 per cent reduction while Rooney had asked for her to foot the whole bill, with Steyn deciding 90 per cent was “appropriate” due to certain issues within the case. — AFP