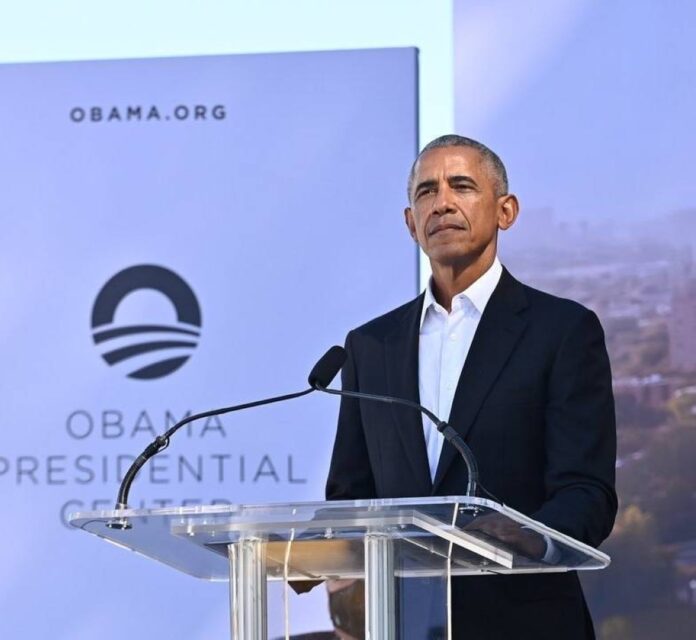 A headshot of Obama alongside pictures of animals was in the worksheet distributed by the school’s biology teacher. — Picture via instagram/barackobama

PETALING JAYA, May 23 — A teacher in the United States has been put on administrative leave after an assignment showing former President Barack Obama with monkeys.

CNN reported that the teacher in a Michigan school had given a worksheet last week featuring Obama’s picture that was included among pictures of several animals.

Students had to identify the primate among all the pictures given including the former president’s picture in the worksheet titled ‘Apes, Monkeys, and Lemurs: An Introduction to Primates.’

Located about 40 kilometres northwest of Detroit’s city, The Roeper School where the teacher works was described as a ‘uniquely, personalised, co-educational school for gifted and talented children in preschool till grade 12’.

In a statement to USA Today, the school said that it acknowledges the disturbing racial offence contained in an assignment with an upper school class last week.

“The choice to use this piece of curriculum was completely inconsistent with our School’s philosophy and mission and we sincerely apologise for its use and the harm it has caused.

“While the teacher has taken responsibility and admits the mistake of not properly vetting the resource, we know that is not enough and she has been placed on administrative leave until further notice.”

The school’s director of diversity Carolyn Lett confirmed that the worksheet was assigned on May 11 and the school had received a letter from a concerned parent the following day.

School head David Feldman said that he ‘sincerely’ regrets the use of the worksheet and the harm it has caused.

“We talk about our commitment to doing the important work of educating ourselves and the community in diversity, equity, inclusion, and justice, and yet on this occasion, we did not live up to our core values,” he said.

Originating from a Duke University undergraduate assignment, the worksheet had been posted to the school of anthropology’s website.

The university’s assistant vice president for media and public affairs Erin Kramer said that the institution was not aware of the document being available in its departmental websites.

“It appears the document was created in 2010 by two undergraduate students as part of an independent study course in evolutionary anthropology.

“To be clear, this was a student paper. It was never used as a lesson plan in a Duke class or by a Duke faculty member, nor was it promoted as a teaching tool.

“The document was immediately removed once it was brought to our attention,” she said.