HomeWorldUS Covid-19 vaccine rates up thanks to mandates; cases and deaths down,...
World

US Covid-19 vaccine rates up thanks to mandates; cases and deaths down, say officials 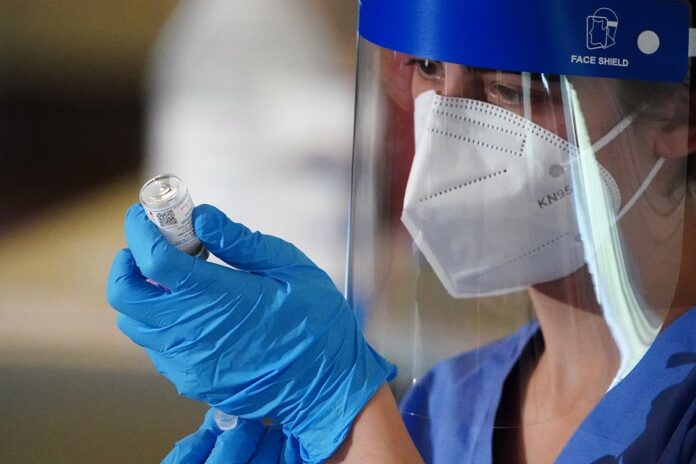 According to Biden administration officials, vaccination rates against Covid-19 in the US have risen by more than 20 percentage points after multiple institutions adopted vaccine requirements, while case numbers and deaths from the virus are down. – Reuters pic

WASHINGTON, Oct 14 – Vaccination rates against Covid-19 in the United States have risen by more than 20 percentage points after multiple institutions adopted vaccine requirements, while case numbers and deaths from the virus are down, Biden administration officials said yesterday.

White House Covid-19 response coordinator Jeff Zients told reporters that 77 per cent of eligible Americans had received at least one shot of a vaccine.

Vaccination rates went up thanks to mandates put into place by private businesses, healthcare systems, social institutions and state and local governments, he said in a briefing.

President Joe Biden’s team has struggled to vanquish the coronavirus pandemic because a large swath of the US population continues to resist taking safe and widely available vaccines.

Biden last month announced policies requiring most healthcare workers and federal employees to get Covid-19 vaccinations and push large employers to have their workers inoculated or tested weekly, but the federal rules to put the mandate into effect are still being formalized. Some states and large employers have mandated vaccines already.

“Since late July, when the president first announced vaccination requirements and called on organizations to follow his lead, the number of eligible Americans who are unvaccinated has decreased by about one third from 97 million down to 66 million individuals,” Zients said.

But officials warned that, even with the unlikelihood of a new variant overtaking the highly contagious Delta that has caused havoc across the world, it was not time to let down the country’s guard.

“Despite the recent decrease in cases, most communities across the country are still experiencing substantial to high levels of community transmission,” Walensky said. “We absolutely need to stay focused on continuing to get Covid under control around the country, especially as we head into the fall and winter season” through masking and vaccinations, she said.

More than 700,000 people have died in the United States from Covid-19 and getting control of the pandemic remains a priority of the president for health, economic and political reasons.

Last week, Biden called on more businesses to obligate their workers to get vaccinated. The White House increasingly has seen such mandates as critical to ending the pandemic, but the efforts have faced resistance in some states led by Republican governors, especially Florida and Texas, which argue that such requirements are an infringement on personal freedoms. – Reuters