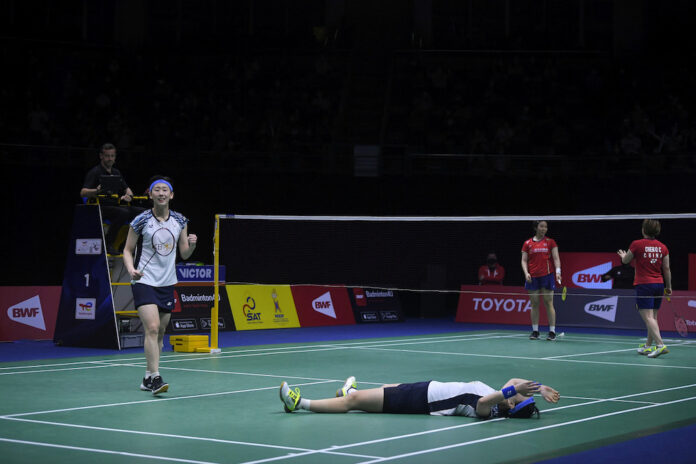 BANGKOK, May 14 — South Korea finally ended their 12-year title drought as they stunned reigning champion, China, 3-2, to be crowned as the 2022 Uber Cup Finals champion at the Impact Arena, here, today.

World number 46 Sim Yu-jin put on a heroic performance in the last tie as her stunning victory against Wang Zhi Yi, ranked 15th best, ensured their second title in this tournament, the first which was won in 2010 in Kuala Lumpur.

Tokyo 2020 Olympic champion, Chen Yu Fei got the ball rolling for China as she came from a game behind to survive a strenuous 91-minute battle against world number four, An Se-young, 17-21, 21-15, 22-20 in the opening match.

In a highly entertaining second match, world number two pair, Lee So-hee-Shin Seung-chan staged a comeback after losing the first set, 12-21, before taking the next two sets,  21-18, 21-18, against world number one Chen Qing Chen-Jia Yi Fan, to tie the score for South Korea.