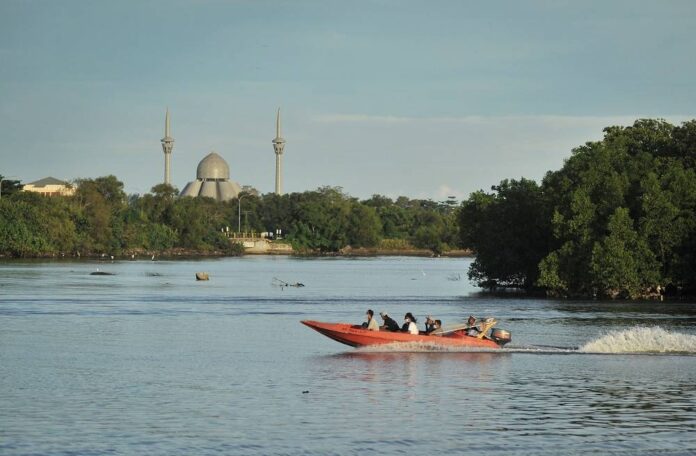 LABUAN, May 20 — The Ministry of Transport (MOT) has seen the potential of Labuan to be turned into a regional maritime hub owing to its developing maritime industry.

Its Minister Datuk Seri Wee Ka Siong said Labuan which is strategically located in the heart of Southeast Asia and with natural depth of its waters could be developed into a vibrant economic state and federal territory.

“MOT thinks that Labuan has the ingredients to be a maritime hub in this region, and we should make the effort to realise this plan.

“We want to turn Labuan into an economic vibrant island especially in the maritime-related sectors for the people’s wellbeing here and the MOT thinks the maritime industry can generate economic activities for the people of Labuan,” he said after witnessing the signing of heads of agreement between Victoria STS Sdn Bhd and Fendercare Marine Asia Pacific Pte Ltd on the ship-to-ship cargo transfer collaboration.

He said the newly introduced services of ship-to-ship (STS) cargo transfer in the Labuan port limit of Victoria Bay is a testament to the island’s potential to be a regional maritime hub.

“When we received a marine research (risk) assessment (MRA) from the operator of STS of Victoria STS Sdn Bhd, we can see the potential of this maritime activity to generate economic activity on this island.

“And after being briefed by the Labuan Port Authority (LPA) and thoroughly studied this STS activity and its economic impact to the local community, we issued the permit to the operator to conduct the STS in the Labuan waters, which is quite far from the Labuan Liberty Wharf.

Wee said his ministry approved six berth areas for the STS, to enable 12 mother vessels to conduct STS at one time.

“With six berth areas approved for the STS, Labuan has among the largest STS facility alongside other areas in Peninsular Malaysia like in Port Klang, Johor’s Port of Tanjung Pelepas and Pulau Bunting/Yan, Kedah.

“And among the potential advantages of Labuan’s STS facility are the area is strategic and protective from unreasonable weather and natural disasters such as typhoon,” Wee said.

He said the STS services could turn Labuan into a maritime hub, with a long-term plan from LPA to further develop the port in the near future.

Labuan-based Victoria STS opened a new chapter in cargo handling, carrying out a ship-to-ship (STS) crude oil transfer operation for the first time ever at the Labuan port limit of Victoria Bay on May 10.

Victoria STS, with specialist expertise in offshore handling of liquefied gas and bulk petroleum cargoes, received its first licence on July 31, 2021 to conduct STS operations of oil and liquefied gas products within the Victoria port limit of Labuan.