HomeWorldTheranos' Holmes testifies she was abused by ex-partner Balwani
World

Theranos’ Holmes testifies she was abused by ex-partner Balwani 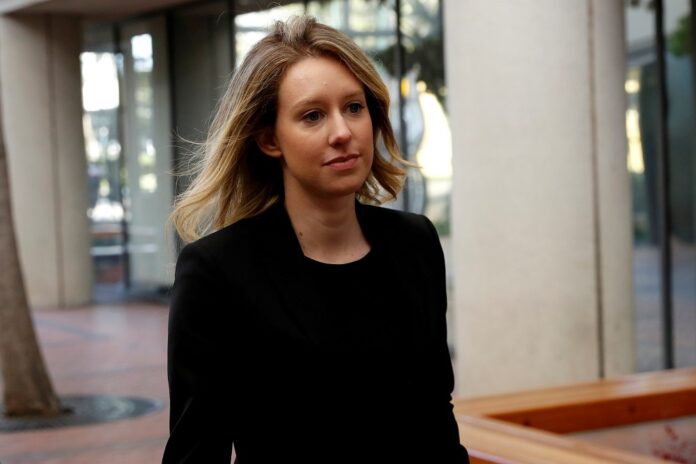 During her fourth day on the stand, Elizabeth Holmes (pic) occasionally choked up as she spoke about her decade-long relationship with Balwani, Theranos’ chief operating officer, whom she met when she was 18 and he was 38. — Reuters pic

SAN JOSE, Nov 30 — Theranos founder Elizabeth Holmes testified yesterday she was abused by her former romantic partner and Theranos executive Ramesh “Sunny” Balwani and that the relationship had a pervasive impact on her life during the time when she is accused of committing fraud.

During her fourth day on the stand, Holmes, 37, occasionally choked up as she spoke about her decade-long relationship with Balwani, Theranos’ chief operating officer, whom she met when she was 18 and he was 38.

Throughout the relationship, Holmes said, Balwani forced her to have sex when she did not want to, and was verbally abusive.

Balwani has “categorically” denied the allegations in court filings, calling them “false and inflammatory.” An attorney for Balwani did not immediately reply to a request for comment yesterday.

Both Holmes and Balwani have pleaded not guilty to criminal charges for allegedly lying about the now-defunct startup’s technology that supposedly could run diagnostic tests more quickly and accurately than traditional lab testing.

Prosecutors say Holmes turned to fraud after pharmaceutical companies lost interest in the Theranos technology. Her attorneys portray Holmes as a young, hardworking entrepreneur whose company failed, and, they suggested yesterday, who relied on Balwani to her detriment.

Holmes had previously testified that she left Stanford University at 19 to focus on building Theranos. Yesterday, she explained that she left in part because she had been raped while at Stanford.

At that point, she decided to focus on building her company, and at the same time grew closer with Balwani, who she looked up to as a successful businessman who had worked with Bill Gates.

“He said that I was safe, now that I had met him,” she said.

But, at the home they shared and in texts, Balwani told her she would never succeed if she did not “kill the old Elizabeth” by following an intense regime including waking at 4 am, eating certain foods and remaining laser-focused on her goals, she said.

Once valued at US$9 billion, Theranos vaulted Holmes to Silicon Valley stardom. Theranos collapsed after the Wall Street Journal published a series of articles starting in 2015 that suggested its devices were flawed and inaccurate. She was indicted in 2018.

Holmes testified last week that Balwani prepared financial projections that were shared with investors. Yesterday, Holmes spoke for around an hour about their personal relationship.

Holmes said she is not claiming that Balwani controlled her statements to investors, journalists or business partners. But she said she didn’t question him as she should have, because he had taught her “everything I thought I knew about business.”

“He impacted everything about who I was. And I don’t fully understand that,” she said.

A healthcare regulator’s negative report in 2016 shook her positive view of Theranos, and prompted her to make changes that Balwani did not like, Holmes testified. They broke up that year, she said.

Since the trial began in September, jurors in San Jose have heard evidence that prosecutors say proves Holmes defrauded investors between 2010 and 2015 and deceived patients once Theranos began making its tests commercially available, including through a partnership with Walgreens.

At the end of her direct testimony, Holmes’ lawyer, Kevin Downey, asked why she never sold any of her 50 per cent stake in Theranos, which was worth US$4.5 billion, despite opportunities to do so.

“I believed in the company and I wanted to put everything I had into it,” she said.

Holmes is scheduled to face cross-examination by a prosecutor this morning when the trial resumes. — Reuters