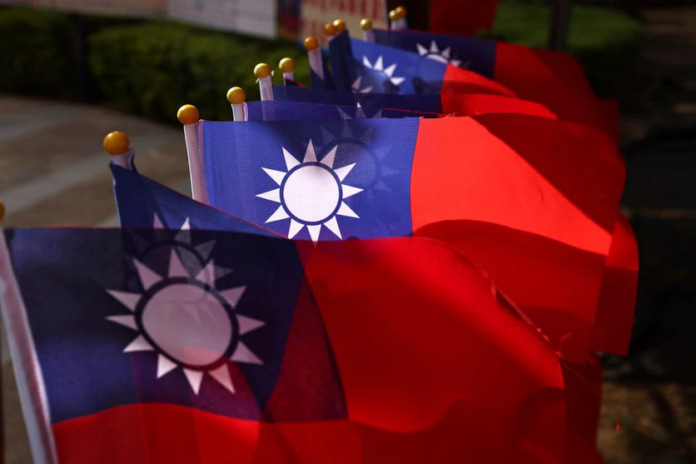 Beijing has ramped up military and diplomatic pressure on Taipei to accept Chinese sovereignty claims and to limit its international participation, though Tsai says Taiwan will not bow to threats and will defend its freedom and democracy. — Reuters pic

TAIPEI, Nov 29 — Taiwan and Europe must work together to defend against authoritarianism and disinformation, President Tsai Ing-wen told visiting lawmakers from the Baltic states of Lithuania, Latvia and Estonia today.

Lithuania has faced sustained pressure from China, which claims Taiwan as its own territory, since allowing the opening of a de facto Taiwanese embassy in its capital.

Beijing has ramped up military and diplomatic pressure on Taipei to accept Chinese sovereignty claims and to limit its international participation, though Tsai says Taiwan will not bow to threats and will defend its freedom and democracy.

Tsai told the lawmakers at the Presidential Office that Taiwan and the Baltic nations — once part of the Soviet Union — share similar experiences of breaking free from authoritarian rule and of fighting for freedom.

“The democracy we enjoy today was hard earned. This is something we all understand most profoundly,” she said.

“Now the world faces challenges posed by the expansion of authoritarianism and threat of disinformation. Taiwan is more than willing to share its experience at combating disinformation with its European friends. We must safeguard our shared values to ensure our free and democratic way of life.”

Matas Maldeikis, leader of the Lithuanian parliament’s Taiwan Friendship Group, told Tsai in response their group was in Taipei to express their solidarity with the island.

“Lithuanian government policy towards Taiwan has wide support in our society. Preserving freedom and the rules-based international order is in the vital interests for both Taiwan and Lithuania,” he said.

There is much opportunity for economic and cultural cooperation, added Maldeikis, whose trip has been condemned by China.

No European Union member state has official ties with Taiwan.

The United States has strongly backed its Nato ally Lithuania in its spat with China.

Lithuania faces problems too with pressure from Russia and Belarus, with migrants on its border with Belarus. — Reuters