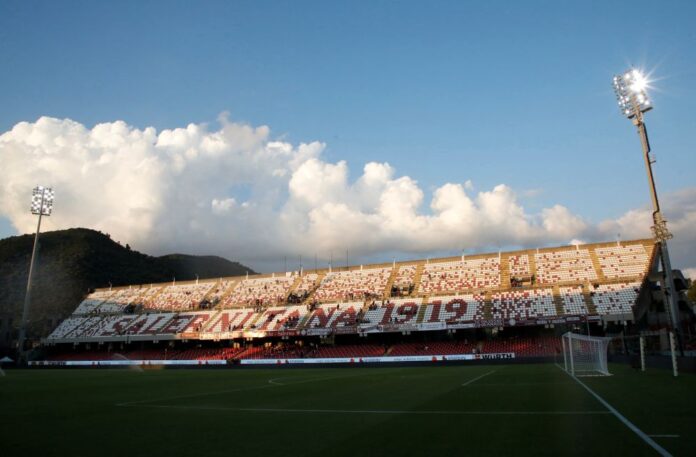 A general view inside Stadio Arechi, Salerno before the match against AS Roma August 29, 2021. – Reuters pic

MILAN, Jan 19 — Salernitana have been deducted one point and handed a 3-0 defeat for not showing up for their match at Udinese following a rash of Covid-19 cases, Serie A announced on Tuesday.

The promoted team, who were already bottom of Italy’s top flight on 11 points, were blocked from travelling to December’s match in north-eastern Italy by local health authorities in Salerno.

The fixture was one of five so far this season to be abandoned at half-time, with opposition players and match officials waiting around at stadiums while knowing that the other side would not present themselves.

It is also the first on which Serie A has made a ruling.

Salernitana can appeal the decision and could have it overturned, as Napoli did when they were hit with the same punishment for not travelling to Juventus in October 2020 under similar circumstances.

Napoli lost an initial appeal with the Italian Football Federation but then won a second one with Italy’s Olympic Committee, the country’s highest level of sporting justice.

That match was rescheduled for the following April and won by Juventus.

That set a precedent that was also followed when Torino didn’t travel to Lazio in March last year, with the match rescheduled and no punishment handed down to the away side. — AFP