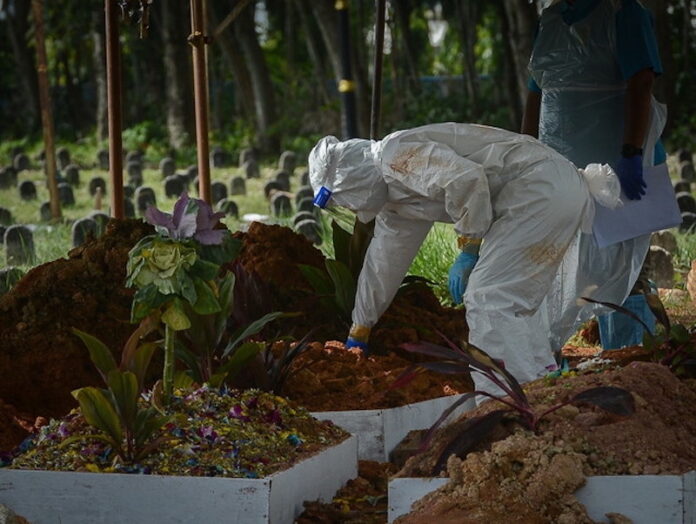 The hearse ferrying the body of Sabbaruddin arrived at the cemetery at 10.15am and the burial was conducted according to the standard operating procedure (SOP) set by the authorities.

Sabbaruddin, 79, who was admitted to the Universiti Malaya Medical Centre (UMMC) on Nov 28 after contracting Covid-19, died at 7.45pm yesterday.

His special assistant Datuk Zamri Mohamed, when met after the funeral, said tayamum (dry ritual purification using purified sand or dust) and prayers were performed at UMMC at about 9.50am before the body was taken to the cemetery.

Zamri said the passing of Sabbaruddin was a big loss to the country as he was among individuals who produced many successful leaders.

“He contributed a lot, and is known for being punctual and firm as well as his principle of delivering on his promises. His leadership trait is hard to be replaced and he had groomed many friends who are successful now,” said Zamri, who had known Sabbaruddin for 25 years.

He began his political career after winning the Temerloh parliamentary seat in 1982 and went on to retain the seat until 1999. He also served as the Umno secretary-general for three years from 1996.

He was married to the late Puan Sri Faridah Mohamed and they were blessed with four children. — Bernama