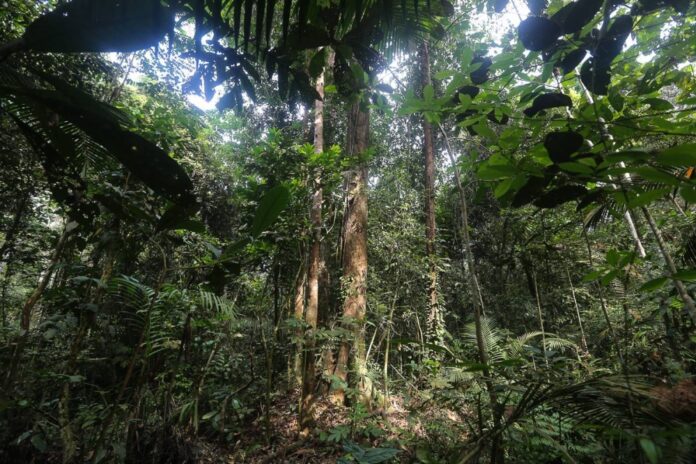 The new carbon trade deal is not to be mistaken with the controversial Nature Conservation Agreement (NCA) which has now been declared ‘legally impotent’. — Picture by Yusof Mat Isa

He said that the matter was not raised in Cabinet meetings.

“I don’t know … but so far I know it was never raised in the Cabinet,” he said when asked by reporters about the carbon exchange deal that was reportedly paid out in advance.

The deal was a “service agreement” between Permian Malaysia Sdn Bhd, the Sabah government and Yayasan Sabah subsidiary and Rakyat Berjaya.

It was signed on August 6, last year, involving an 80,000ha-logged-over forest in Kuamut.

However, the value of the carbon trade deal was not revealed due to “business considerations”.

The new carbon trade deal is not to be mistaken with the controversial Nature Conservation Agreement (NCA) which has now been declared “legally impotent.”

Earlier today, Kota Kinabalu MP Chan Foong Hin urged Yayasan Sabah to reveal the sum made from the deal, and that the excuse of “business consideration” was unacceptable.

“In the interest of accountability and transparency, the amount earned should and must be declared in the state’s financial report as part of the state’s revenue and be made part of the Sabah government’s annual budget for the benefit of all Sabahans,” he said.

“Yayasan Sabah cannot truly be accountable if it decides to keep its dealings and payments a secret.

“How can Sabahans be sure that there are no secret dealings for payment of middleman fee or introducer fee to any members of Yayasan Sabah’s board of trustees?” he asked.

Chan said the foundation should also be open to scrutiny by the state assembly’s public accounts committee to ensure that the amount paid or payable to Yayasan Sabah is just and fair with no leakages.