HomeEntertainmentRobbery suspects in Mexico caught, tied up, faces painted like Joker by...
Entertainment

Robbery suspects in Mexico caught, tied up, faces painted like Joker by vigilantes 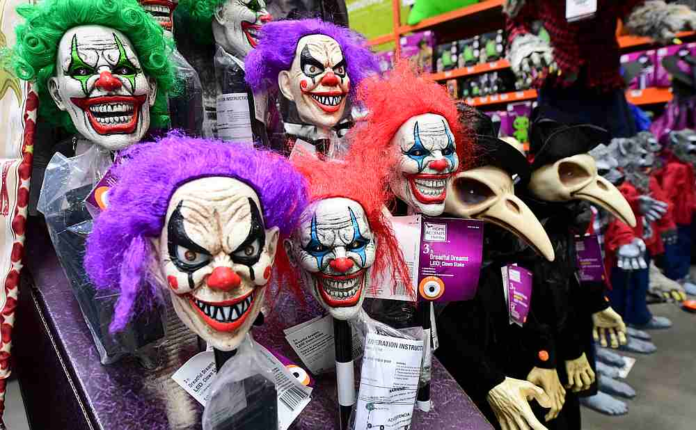 Vigilantes in Mexico are painting the faces of suspected robbers the Joker’s clown makeup and tying them at lamp posts. – AFP pic

KUALA LUMPUR, Nov 25 – Robbery suspects in Mexico found themselves tied up to a lamp post and their faces painted like the comic character, Joker.

The first two suspects, a man and a woman, were busted for stealing a woman’s purse in the city of Rio Bravo before they were tied up and had their face painted.

Both suspects were forced to stand on opposite sides of a light pole at a street intersection and tied with duct tape in the border city across from Texas, Daily Mail reported.

The male suspect, who was left shirtless and had his pants cut into pieces, had the phrase ‘soy rata’ or ‘I am a thief’ painted over his chest and ‘por rata’ or ‘for being a thief’ inscribed over his forehead.

His female companion, who identified herself as Luz Magaly in a police video, had the similar face paint job and ‘por rata’ written across her forehead.

Magaly was able to free herself and helped her accomplice in an attempt to flee before local police nabbed them.

“I went after the woman. I took her purse. It was easy. I grabbed the purse to flee,” the man said in a video of a police confession that was leaked on social media.

“I beg for the woman’s forgiveness. I was not right in the head. I was under the influence of drugs. I am very sorry. Please forgive me.”

In a separate incident, four young men had their faces painted like the Joker after they were caught attempting to rob customers aboard a public transportation van in Rio Bravo, located in the state of Tamaulipas.

The suspects had their hands bound with duct tape and were forced to march shirtless along a main avenue.