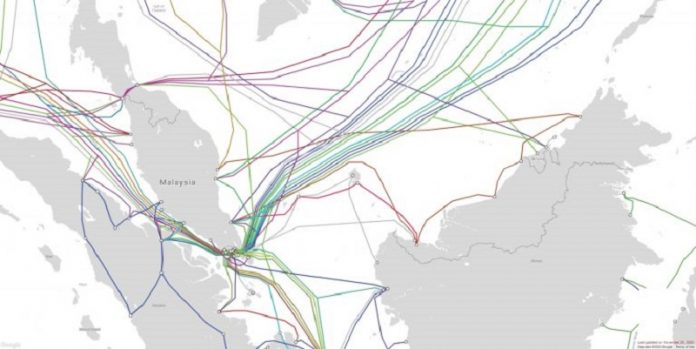 Last week, tech giants which include Facebook, Google, Microsoft and Malaysia Internet Exchange (MyIX) have expressed urgent concerns over the decision which will impact Malaysia’s internet speed and quality.

As highlighted by former transport minister, Anthony Loke and former communications and multimedia minister, Gobind Singh in Parliament last week, the exemption was granted after requests were made from tech giants to shorten the time required to repair undersea cables. With the cabotage policy, it was reported that repairs can take up to 27 days and it has a negative impact in attracting telecommunications and internet investors.

Last Wednesday, Wee had a dialogue session with Facebook, Google, Microsoft and MyIX to provide a clearer picture on the National Cabotage Policy at his office in Putrajaya.

He explained that the cabotage exemption for cable repair works was revoked due to the following reasons:

The cabotage policy was introduced in Malaysia in the 1980s to protect the local shipping industry from foreign competition.

With the policy in place, foreign vessels will require a Domestic Shipping License (DSL) which can be applied electronically via eDSL.

According to Wee, eDSL will reduce the time required for the process from 30 to five working days if there are no blockage in the application.

However, the application will still require confirmation from the Malaysia Shipowners’ Association (MASA) that no local vessels are available to do the repair works.

The Transport Minister said it is his ministry’s responsibility to ensure that vessels are allowed in areas where they are needed the most as soon as possible so that it won’t impact Malaysia’s internet connectivity which is one of the country’s priorities.

According to a report (Tech companies say they may review cable investments in Malaysia) by The Edge Malaysia yesterday, some tech giants appear unconvinced with the new arrangements.

According to the paper’s source who is close to the matter, one of the companies have told Wee during the meeting that it would review its cable investments in Malaysia.

Another tech firm said the cabotage policy which was introduced 40 years ago was meant for passenger ships and vessels carrying goods, and are not meant for today’s digital economy.

It also said that the policies were implemented at a time when communications was analogue and not digital.

It is also reported that one of the key factors of the situation has been highlighted by both Telekom Malaysia and Time DotCom, which operate domestic submarine cables.

It also added that disputes between MASA and cable operators over the issue of DSL exemption consent letter (DCL) has been the primary cause of delays.

The report also states that MASA members can block the issue of a DCL, resulting a delay in the issue of the DSL.

MASA can choose not issue the DCL if its members want the cable repair job and this could lead to a mediation process if both MASA and the cable operator cannot reach a common understanding.

According to The Edge Malaysia, an industry player involved in undersea cable repairs have said that it is not viable for local companies to own vessels.

Their source said “After you spend millions on a submarine repair vessel, you have to pray for there to be problems and repair works with the submarine cable”.

It added that there are instances where submarine cables laid have not had issues for six years.

However, the report states that only one Malaysian-flagged vessel is capable of doing repairs and it is actually a barge which requires to be towed by a tug boat.

The vessel which is called Cable Orchestra is equipped with Dynamic Positioning Class 1 (DP1) capabilities but most tech giants require DP2 which is more advanced and is ideal in rougher waters.

Dynamic Positioning is a computer aided system that helps vessels to maintain a fixed position in the water by using its own set of propellers and thrusters. The industry player also said that tech companies require DP2 vessels as it is a requirement by insurance companies.

Cable systems under participation of TM and Time come under the South East Asia and Indian Ocean Cable Maintenance Agreement (SEAIOCMA) which include selecting the appropriate cable repair ship from contracted operators.

It added that the cabotage policy restricts SEAIOCMA from choosing the best repair ship quickly and this will have a negative impact on the operations of SEAIOCMA and Malaysia’s aspiration to attract more submarine cable investments. — SoyaCincau