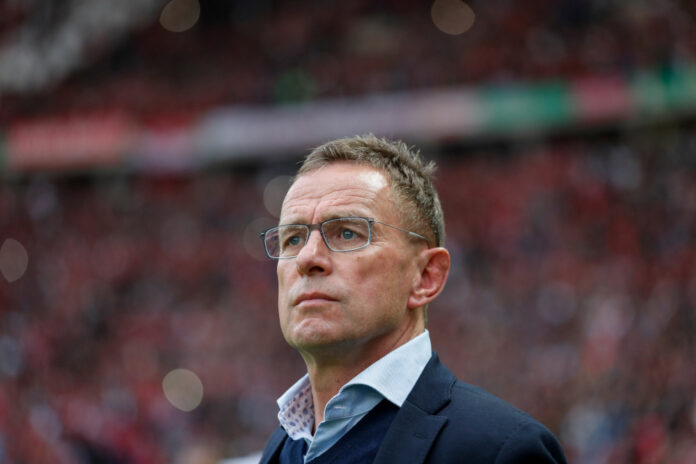 Rangnick was appointed on Monday on a contract until the end of the season after the sacking of Ole Gunnar Solskjaer and will work in a consultancy role for a further two years.

The 63-year-old German is a proponent of ‘gegenpressing’ — a style of football in which teams press high and use counter-pressing to win the ball back as soon as possible, rather than falling back to regroup.

“You have to be aware what kind of players you have and where they stand… They are experienced and smart enough to know that. I cannot turn the players we have into the pressing monsters I want them to be within two, three or four weeks,” Rangnick told British media.

“My football is definitely not a slow waltz! I am not that far apart from (Liverpool manager) Juergen Klopp in terms of our ideas about a style of football, that’s no secret.

“This is the biggest club I have worked for, the biggest club in the world… The important thing is to celebrate the DNA this club still has, but to also implement it into the transformation to modern football.”

Rangnick will take charge of United, seventh in the Premier League, for the first time on Sunday when Crystal Palace visit Old Trafford. — Reuters