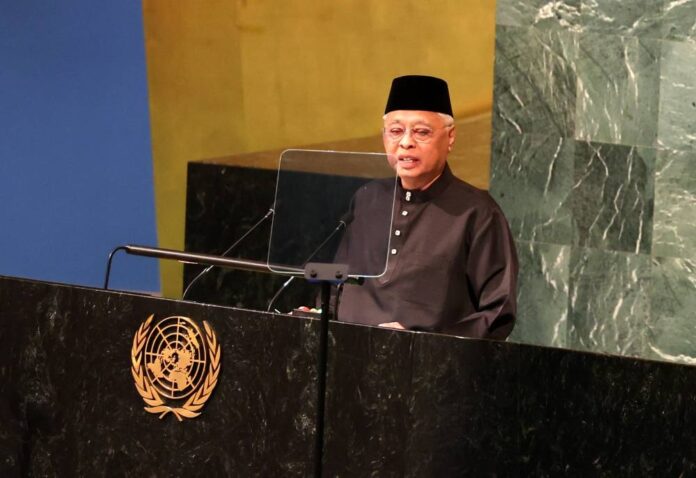 SEPANG, Sept 30 – Prime Minister Datuk Seri Ismail Sabri Yaakob promised he would use Bahasa Melayu to uplift the national language at the international level and, true to his word, he delivered Malaysia’s National Statement in the mother tongue at the recently concluded 77th Session of the United Nations General Assembly (UNGA) in New York.

Professor Datuk Seri Dr Awang Sariyan, a linguist and chairman of Dewan Bahasa dan Pustaka (DBP) board of governors, said Ismail Sabri had not only elevated Bahasa Melayu at the ASEAN level but also at the UNGA, which is the world’s largest diplomatic convention.

It was the first time a Malaysian leader delivered a speech which touched on various international issues including food security, climate change and the conflicts in Ukraine, Myanmar and Palestine, in Bahasa Melayu at the assembly attended by more than 150 world leaders.

“Alhamdulillah, the Honourable Prime Minister has revived the glory days of Bahasa Melayu for us after waiting for 65 years since the Independence and since Malaysia or Malaya became a member of the UN,” he said.

In the past, Awang said Bahasa Melayu was recognised around the world and there were many old documents, letters and trade agreements written in Bahasa Melayu and Jawi scripts, which proved that the language was widely accepted as a lingua franca even by the Netherlands, Spain, Portugal, England, Persia, Arab and India.

“English is important but our mother tongue is far more important as it shows our unity our identity and our pride,” said the linguist who had the experience of working in other countries, such as China and Germany, that prioritise their own national language.

Meanwhile, Selangor Youth Council president Datuk Mohd Imran Tamrin said at UNGA, the Prime Minister made an appearance that carried a very clear message and brought a Malaysian identity by wearing the traditional Baju Melayu and delivering his speech in Bahasa Melayu.

He also expressed his appreciation to the Prime Minister for bringing the voice of Malaysians consistently on the Palestinian issues and the Palestine-Israeli conflict.

A student from Universiti Pendidikan Sultan Idris, Balqis Amal, on the other hand, described the Prime Minister’s speech in Bahasa Melayu as a strong message that the language is more than able to be elevated on the international platform.

“Lest we forget that Bahasa Melayu is the most widely used language in Malaysia and it is the language that all Malaysians are proud of,” she said. – Bernama