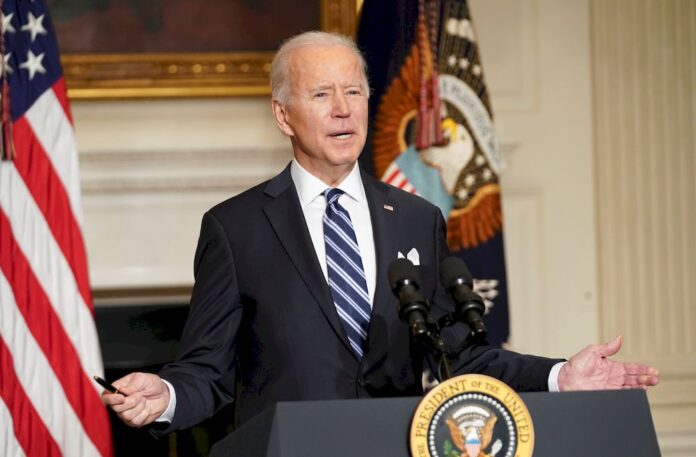 US President Joe Biden had been intent on securing passage of the two packages–which Democrats see as vital to their political hopes in midterm elections next year. — Reuters pic

WASHINGTON, Oct 24 — After months of fierce political wrangling, House speaker Nancy Pelosi said today that she expects agreement on a huge social spending package and a vote on a major infrastructure package this week, adding, “We’re almost there.”

US President Joe Biden had been intent on securing passage of the two packages–which Democrats see as vital to their political hopes in midterm elections next year–before he leaves for a climate summit in Glasgow that opens October 31.

Asked on CNN’s “State of the Union” whether the agreement on the spending package and votes on infrastructure could come next week, Pelosi replied, “That’s the plan.”

And on the spending package specifically, which has divided progressive and moderate Democrats, she said: “I think we’re pretty much there now… We’re almost there. It’s just the language of it.”

Pelosi’s comments came as Biden was to meet at his home in Delaware with Joe Manchin, one of the two Senate Democrats whose resistance to the president’s big Build Back Better social program had proved a major stumbling block.

Biden himself had expressed optimism on Thursday during a televised town-hall appearance, saying, “I do think I’ll get a deal.”

Biden said his feuding Democratic party was “down to four or five issues” but “I think we can get there.”

Democrats have razor-thin majorities in both houses of Congress. However, internal divisions are preventing passage of a US$1.2 trillion (RM4.98 trillion) infrastructure revamp and the huge separate social spending bill that Biden says will transform finances and fairness for ordinary Americans.

With pressure growing on the party not to come away empty-handed, Biden has stepped up efforts to broker a truce between more conservative members like Manchin and the left-leaning progressive wing.

He originally pushed for US$3.5 trillion in spending on the social support bill–including an array of benefits for students, families and the elderly–but the latest figure under consideration is about US$2 trillion.

Pelosi told CNN today that “we have 90 per cent of the bill agreed to and written, we just have some of the last decisions to be made.

“It is less than was projected to begin with but it is still bigger than anything we have ever done in terms of addressing the needs of American families.” — AFP

Million-dollar bond as US school shooter parents plead not guilty