HomeNationalPBM veep: With or without BN, party is ready for GE15
National

PBM veep: With or without BN, party is ready for GE15 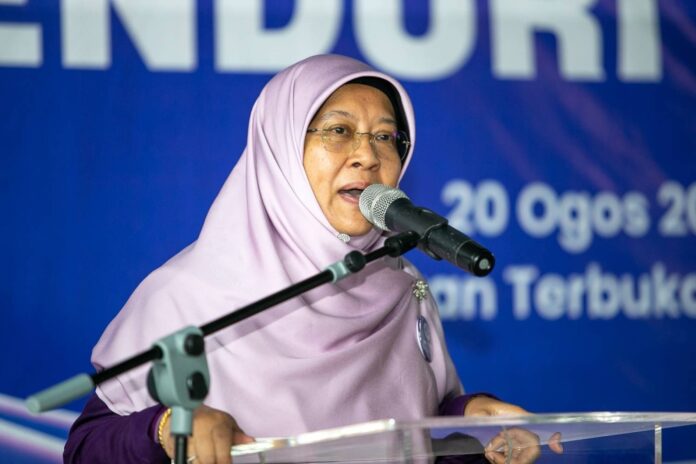 Hanzia said that voters have found PBM appealing due to its multiracial principles despite being new to the country’s political scene. — Picture by Devan Manuel

KUALA LUMPUR, Sept 20 — Parti Bangsa Malaysia (PBM) is actively gearing up for the next general election (GE15) despite not knowing whether it will be accepted by Barisan Nasional (BN) as part of the coalition.

According to Malay daily Utusan Malaysia, PBM vice-president Haniza Mohamed Talha said that the party has pinpointed the seats that it will be competing for and has started its GE15 preparations.

She said that PBM will accept whatever decision BN makes regarding its application.

“We were told that BN is still discussing it with the component parties. So just wait for their decision. But whatever the decision may be, we will accept it.

“For that reason, we have already started preparations and we are not waiting for BN to make its decision. We will decide later whether we want to align ourselves with other parties. But one thing is for certain: We are ready as a party,” she was quoted as saying.

She also reportedly said that voters have found PBM appealing due to its multiracial principles despite being new to the country’s political scene.

“It is evident in PBM, when we carry out our work, there are supporters from different backgrounds, and we also have a lot of youth and women who support us,” she added.

Previously, the party’s president-designate Datuk Seri Zuraida Kamaruddin said that PBM will accept any decision from BN regarding its application.

BN deputy chairman Datuk Seri Mohamad Hasan had earlier said that PBM’s application would be decided by the BN supreme council based on the consensus of all its component parties.