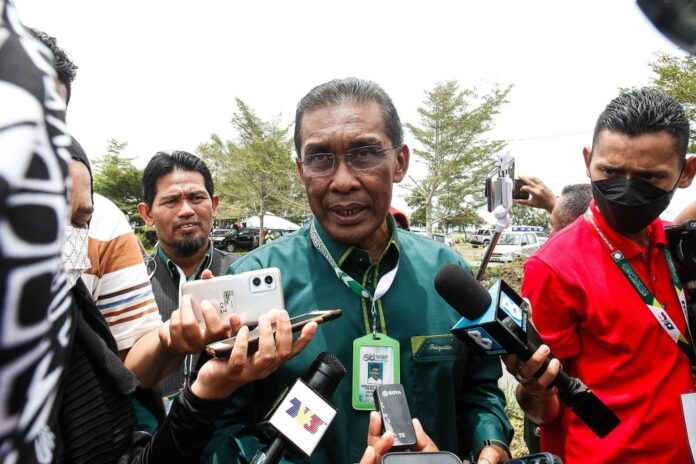 Takiyuddin said PAS is confident that a coalition combining the ummah with national unity is the best and most effective formula. — Picture by Sayuti Zainudin

In a statement, he said the Islamist party is confident that a coalition combining the ummah with national unity is the best and most effective formula, as well as the one that a majority of voters will accept, when it comes to forming a people-caring government.

“PAS is very optimistic that only with unity and political cooperation between the main Malay-Muslim parties will multi-cornered fights be avoided during the 15th general election (GE15),” he said.

Takiyuddin also called on as many like-minded parties as possible to continue working together for GE15, after which they can form a new government that is more stable and authoritative.

Earlier this month, PAS deputy president Datuk Seri Tuan Ibrahim Tuan Man reportedly said that his party had made its final decision to face GE15 as part of the Perikatan Nasional (PN) coalition.

However, during the Islamist party’s annual congress on September 4, vice-president Datuk Idris Ahmad said: “Journalists often ask us if PAS wants to choose Umno or Bersatu. No! We choose both.”

Despite being part of PN, PAS is also in a political alliance with Umno called Muafakat Nasional (MN), which was formed in 2019 after both parties were defeated in the previous general election (GE14).

PN was formed in early 2020 by Bersatu and is led by former prime minister Tan Sri Muhyiddin Yassin.