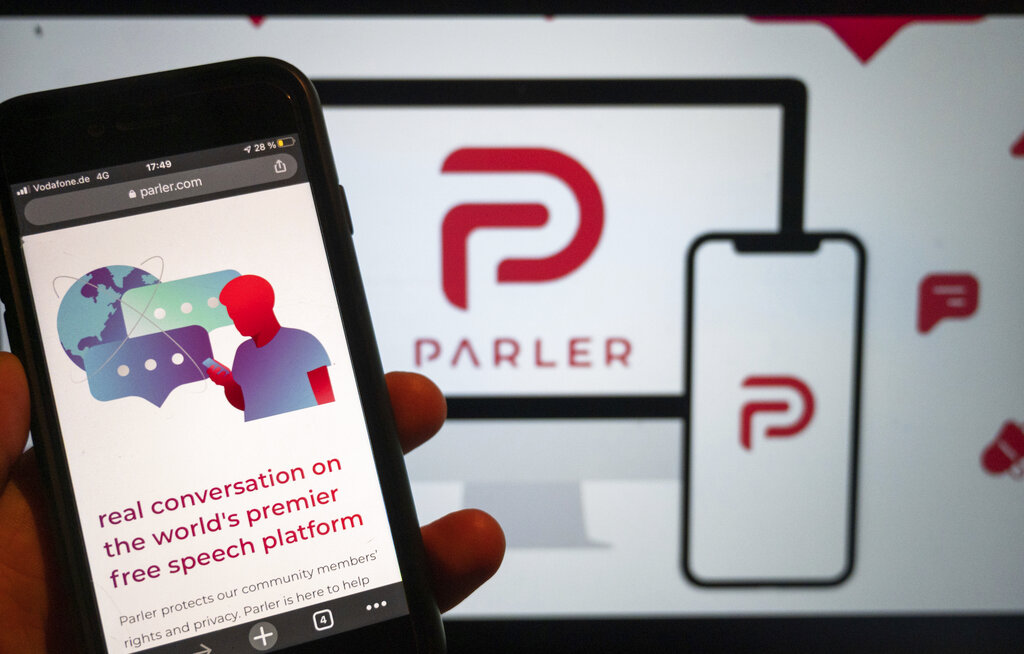 LOS ANGELES: Parler, a social media website and app popular with the American far-right, has partially returned online with the help of a Russian-owned technology company.

Parler vanished from the internet when dropped by Amazon Inc’s hosting arm and other partners for poor moderation after its users called for violence and posted videos glorifying the Jan 6 attack on the US Capitol.

On Monday, Parler’s website was reachable again, though only with a message from its chief executive saying he was working to restore functionality.

The internet protocol address it used is owned by DDos-Guard, which is controlled by two Russian men and provides services including protection from distributed denial of service attacks, infrastructure expert Ronald Guilmette told Reuters.

If the website is fully restored, Parler users would be able to see and post comments. Most users prefer the app, however, which remains banned from the official Apple Inc and Google stores.

Parler CEO John Matze and representatives of DDoS-Guard did not reply to requests for comment.

Last Wednesday, Matze told Reuters the company was in talks with multiple service providers but declined to elaborate.

DDoS-Guard has worked with other racist, rightist and conspiracy sites that have been used by mass murderers to share messages, including 8kun. It has also supported Russian government sites.

DDoS-Guard’s website lists an address in Scotland under the company name Cognitive Cloud LP, but that is owned by two men in Rostov-on-Don, Russia, Guilmette said.

One of them told the Guardian recently that he was not aware of all of the content the company facilitates.

Parler critics said it was a potential security risk for it to depend on a Russian company, as well as an odd choice for a site popular with self-described patriots.

Russian propaganda has stoked political divisions in the US, supporting outgoing US President Donald Trump and amplifying false narratives about election fraud but also protests against police brutality.

Parler, which disclosed it has over 12 million users, sued Amazon last Monday after the e-commerce giant and cloud services provider cut off service, citing poor moderation of calls to violence.

In an update on Monday, Parler.com linked to a Fox News interview in which Matze said he was “confident” Parler would return at the end of January.