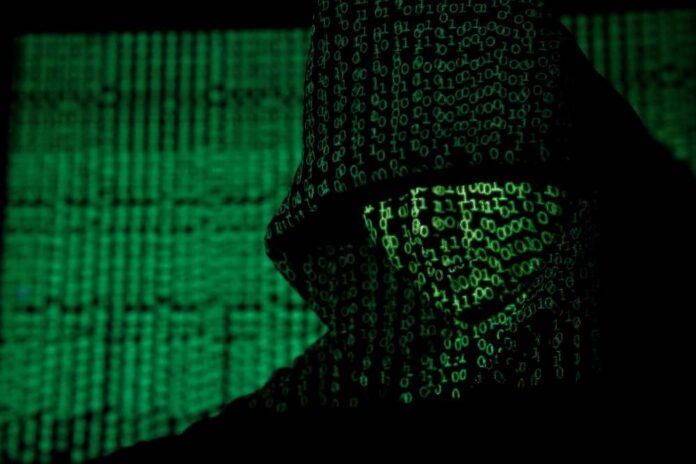 A projection of cyber code on a hooded man is pictured in this illustration picture taken on May 13, 2017. A growing number of Chinese people lured into handing over large sums of cash by scammers posing as potential love interests. — Reuters pic

BEIJING, Nov 14 — Once carefree and comfortable, Huang is now haunted by debt — the target of a scheme operated by international crime groups that force human trafficking victims to do online scamming work.

She is among a growing number of Chinese people lured into handing over large sums of cash by scammers posing as potential love interests.

Known as “pig butchering”, the schemes are operated by crime syndicates in South-east Asia suspected of abducting Chinese citizens and others, and forcing them to swindle their compatriots.

The scammers groom targets for weeks before cajoling them into ploughing money into fake investment platforms and other ruses.

Huang’s ordeal began after she uploaded her resume to a popular Chinese recruitment website last year.

The 28-year-old real estate professional was contacted by a recruiter calling himself Lin, and the two struck up an online romance.

With similar interests, Lin seemed to be “just my type”, Huang told AFP under a pseudonym to keep friends and family from finding out that she had been scammed.

A carefully crafted backstory of childhood abandonment and poverty encouraged her to “feel sympathy and pity” for him, Huang said.

The pair never met in person, but Lin convinced her he was genuine with video calls and a screenshot of his purported identity card.

A man of many faces

That November, Lin failed to show up at the couple’s first in-person meeting in Chengdu, the city in south-western China where Huang lives.

Several online acquaintances, with one claiming to be Lin’s lawyer, later said he had been detained by Shanghai police and needed thousands to make bail.

Despite claiming he would soon walk free, Lin begged for more cash as his case hit a series of mysterious snags.

He said he needed to compensate a jailmate he had hurt in a brawl, to pay off corrupt officials, and finally to pay hospital bills after being beaten by a warden, according to Huang.

She said Lin made her “feel so guilty” about not helping him that she began taking out exorbitant loans to support him.

Huang estimates she lost 700,000 yuan before finally alerting the police in July, prompting Lin and his cronies to cut off contact.

The police told her she is unlikely to recover the money, and that it has likely been spirited overseas, she said.

The experience has “overturned my life” and brought sleepless nights racked by debt anxiety, Huang added.

“I used to be a happy person… (but) I’ve been very hurt emotionally,” she told AFP. “I don’t trust men easily anymore.”

Tao, also a pseudonym, lost a sizeable sum in just a few weeks.

In July, someone claiming to represent a popular dating app connected her with a Hong Kong-based securities broker named Li.

Wealthy and charming, Li hooked Tao with a bogus link to her central China hometown and plans to move to Shanghai, where she worked.

He soon tricked her into downloading a fraudulent investment app and to part with 5,000 yuan.

Tao “cashed out” the payment two days later at a healthy profit, but found she could not do the same with subsequent transfers made under pressure from Li.

In just 10 days she handed over 89,000 yuan, much of it borrowed — equivalent to about a year of her salary.

“He had his script all worked out,” the postpartum services professional said. “I trusted him implicitly.”

“I just feel so stupid… These scammers are so effective at preying on women like me.” — ETX Studio