Nothing less than final for Harimau Malaya at Asean level, says FAM official 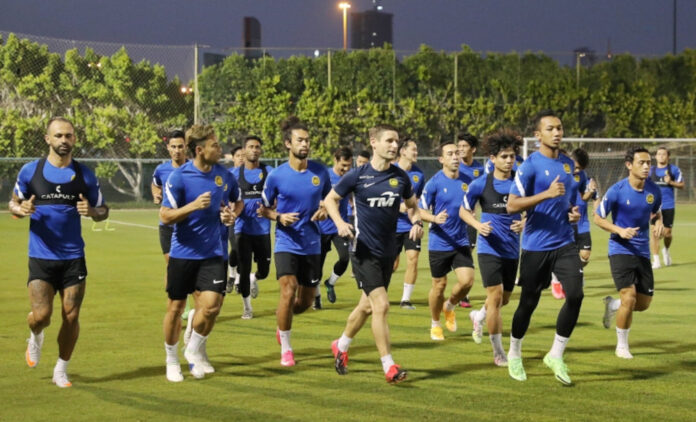 FAM deputy president Datuk Mohd Yusoff Mahadi said the coaches and players of Harimau Malaya should by now be equipped with the ‘final mentality’ each time they compete at the South-east Asian level. — Picture from Facebook/Football Association of Malaysia

PETALING JAYA, Nov 15 — The target of entering the final of the 2020 Asean Football Federation (AFF) Cup tournament in Singapore is realistic given that Malaysia are now looking at competing on the Asian stage, said Football Association of Malaysia (FAM) deputy president Datuk Mohd Yusoff Mahadi.

He said the coaches and players of Harimau Malaya should by now be equipped with the “final mentality” each time they compete at the South-east Asian level.

“For sure we should be eyeing the title or at least entering the final each time we play at the Asean level. This is because FAM, as is known, has set its sights on Asia.

“If we are still not confident of doing well at the Asean level, we might as well forget about (competing in) Asia,” he told a news conference after the FAM Executive Committee meeting at Wisma FAM in Kelana Jaya here today.

The 2020 AFF Cup will be held from December 5 to January 1 next year, with 2018 runners-up Malaysia being drawn in Group B together with defending champions Vietnam, Indonesia, Cambodia and Laos.

Malaysia have cleared the group stage four times, apart from entering the final three times and winning the 2010 title in the last five editions of AFF Cup.

Mohd Yusoff, who is the team manager, is confident that chief coach Tan Cheng Hoe’s squad are capable of achieving the target despite their short period of preparation.

On another matter, Mohd Yusoff said today’s meeting unanimously decided to leave it to football associations (FAs) and football clubs (FCs) to settle the issue of who is more qualified to handle teams in the President’s Cup and Youth Cup next season.

He said the issue arose following complaints by several FAs that they were “underworked” after the privatisation of teams started in October last year.

“Several FAs are interested in managing teams for the President’s and Youth Cups because they lack activities involving football team management after the main teams were given to FCs,” he said.

Mohd Yusoff also confirmed that the ground-breaking ceremony for the new FAM headquarters in Precinct 5 in Putrajaya will be held on December 9. — Bernama

All eyes on Budget 2023 as Parliament reconvenes Monday

All eyes on Budget 2023 as Parliament reconvenes Monday