HomeEntertainmentNo, Nando's Malaysia is not closing down, they're just preparing for a...
Entertainment

No, Nando’s Malaysia is not closing down, they’re just preparing for a makeover by selling off their crockery 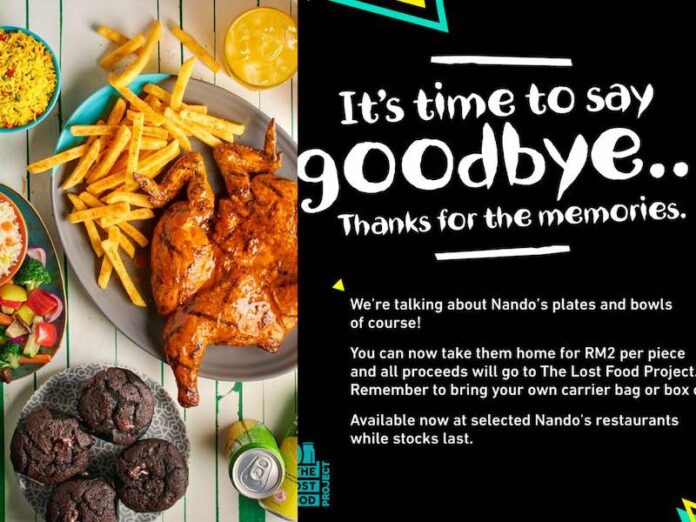 KUALA LUMPUR, Oct 13 — Nando’s Malaysia caught the attention of the public with their ‘It’s time to say goodbye’ post on their social media pages recently.

The farewell however was not as dramatic as the fast food chain is only bidding farewell to their old crockery as its outlets undergo a makeover for a more modern look.

Nando’s Malaysia will be selling off their old bowls and plates to the public for two ringgit a piece and the proceeds will go to local NGO, The Lost Food Project to help them to rescue and share food with those in need.

According to a spokesperson from Nando’s Malaysia, the restaurants will have the plates and bowls displayed in front of their shops beginning today and it is limited to eight pieces per person.

Almost all of Nando’s branches will be selling off their old crockery except for selected branches including those in Klang Valley and East Malaysia, which will be announced at a later date.

Nando’s Malaysia’s post on Facebook has garnered over 200 likes with comments from social media users who were almost tricked into thinking the restaurants are closing down.

“Nando’s, you made me worried,” user Adeline Chan commented.

“Such a drama queen and yet, I’m still in love with you,” commented user Pka Bahar.