HomeNationalNearly 3,000 evacuees still at flood relief centres throughout country as of...
National

Nearly 3,000 evacuees still at flood relief centres throughout country as of this morning 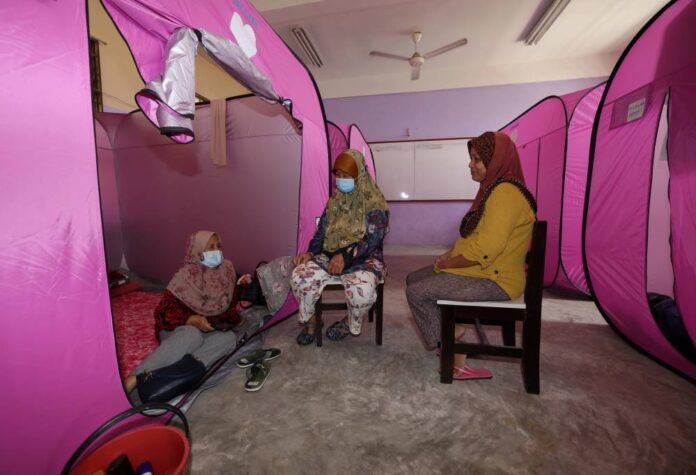 KUALA LUMPUR, Nov 15 — A total of 2,984 flood victims in six states are still seeking shelter at 28 relief centres (PPS) as of this morning.

In Selangor, according to the Social Welfare Department’s (JKM) InfoBencana website, the number of flood victims surge again to 163 people, involving 46 families this morning, from 126 people (36 families) last night.

The secretariat for the Melaka Disaster Management Committee, in a statement, stated that the PPS at the office of the Kesidang Development and Coordination Committee (Japerun) housed nine victims, involving three families from Melaka Tengah.

In Kelantan, the JKM’s Info Bencana portal reported that the number of flood victims as of 9am today remained at 2,124 people from 713 since last night and they are at eight PPS in the Pasir Mas district.

Meanwhile, based on the report at https://publicinfobanjir.water.gov.my/, the reading at Sungai Golok in Rantau Panjang, Pasir Mas, exceeded the danger level at 9.13 metre, but has subsided from 9.34 metre last night.

In Kedah, a total of 61 people from the districts of Kulim and Baling have been evacuated to two PPS following two hours of continuous heavy rain last night.

Meanwhile, the Drainage and Irrigation Department’s (DID) website at Public InfoBanjir stated that Sungai Padang Terap in Kampung Kubu, Padang Terap recorded a water level of 13.14 metre, which is above the danger level (13.02m) and is rising as at 8am today.

According to the District Disaster Management Committee, all the flood victims, who are from 85 families, were evacuated to six PPS.

The weather in some of the districts was reported to be cloudy, including Muar, Johor Bahru and Kluang.

In Perak, there are still 235 flood victims at six PPS in the state, with two more PPS opened in Perak Tengah due to floods caused by the overflowing of water from Sungai Perak.