HomeNationalNanta: GPS to contest all 82 seats in Sarawak polls, no negotiation...
National 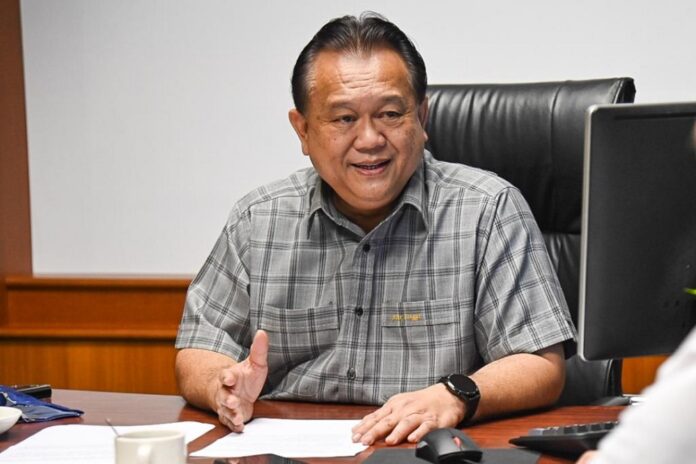 GPS secretary-general Datuk Seri Alexander Nanta Linggi said there will not be any negotiations between GPS and Bersatu. — Borneo Post Online pic

KUCHING, Oct 24 — There will not be any negotiations between Gabungan Parti Sarawak (GPS) and Parti Pribumi Bersatu Malaysia (Bersatu) on the share of seats in the coming state election, said GPS secretary general Dato Sri Alexander Nanta Linggi.

“I would like to stress (that) no such negotiation has ever been or will be held. In fact, GPS will contest in all 82 seats,” he said in a statement today.

Nanta issued the statement to “correct the wrong message” carried in news outlets, which claimed that he confirmed such negotiations had taken place.

He said what actually transpired during a press conference in Kuching on Oct 21 was that he had replied to a question regarding the Krian seat by responding that the “position of Krian seat will be discussed by GPS”.

He pointed out the answer given by him did not refer to any state seats, as he was fully aware that GPS is not giving away any seats to any other party.

“I am disappointed with the actions of some media outlets that ‘put words into my mouth’ to sensationalise issues of seat allocation for the 12th State Election.

“With this clarification, I hope all parties get the real facts and there will be no more issues from this matter,” he said.

Ali first won the Krian seat in 2011 on a Parti Keadilan Rakyat (PKR) ticket and defended it in 2016 by defeating Kilat Beriak of the then Sarawak Progressive Democratic Party (SPDP) with a majority of 1,640 votes.

Ali, who is also a two-term Saratok MP, was among the PKR MPs who quit the party during the 2020 political crisis which ended with the collapse of the Pakatan Harapan federal government.