HomeNationalMulti-cornered fights in all state seats under Bandar Kuching
National

Multi-cornered fights in all state seats under Bandar Kuching 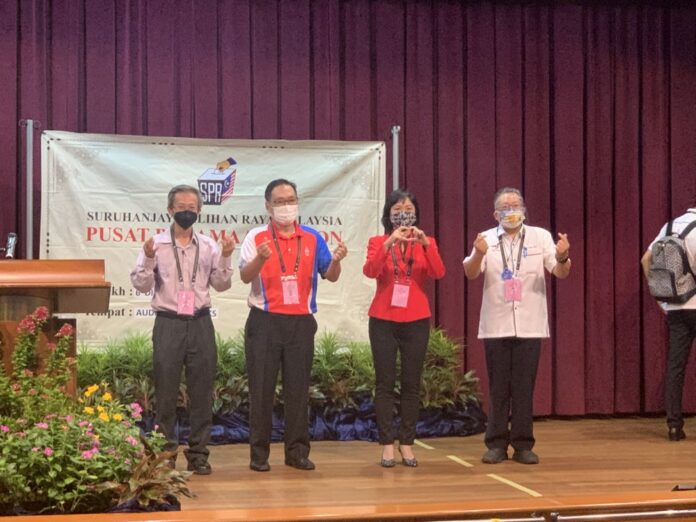 KUCHING, Dec 6 — Nomination for the state assembly seats under the Bandar Kuching federal constituency ended with multi-cornered fight in all three.

Padungan was won by DAP in 2016 by Wong Kim Wei, who resigned from the party and politics earlier this year.

Chong, who is also Stampin MP, said it would be a challenge switching from his Kota Sentosa seat.

“It is because that I am confident that I stood here,” he said after submitting his nomination papers.

See, a two-term state assemblyman for Batu Lintang, said the crowded contest would make the election unpredictable, but believed that voters would remember his service record.

“My track record is there to see, that is the main thing for us, Batu Lintang voters and respective candidates and for incumbent have to show report card.

“I have a report card to show tomorrow,” he told reporters before sending his nomination.

Voting for the Sarawak election will be on December 18.