HomeNationalMosti: Govt has no intention to sign Artemis Accords, participate in planned...
National

Mosti: Govt has no intention to sign Artemis Accords, participate in planned lunar base development for now 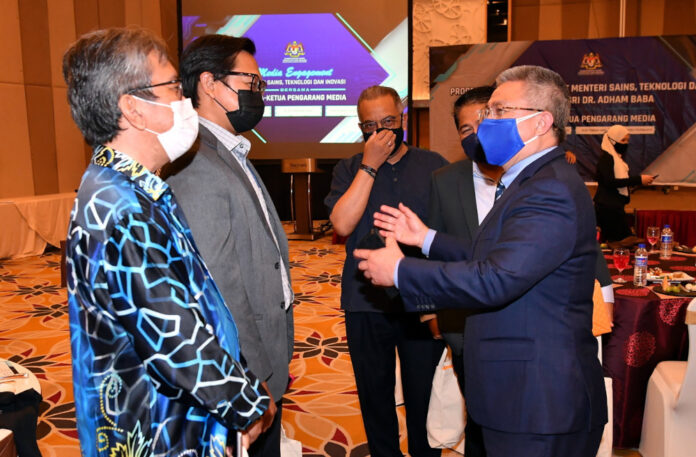 KUALA LUMPUR, Nov 25 — The federal government has no intention to become a signatory of the US-led Artemis Accords or to participate in the planned International Lunar Research Station (ILRS), claiming both initiatives needed to be reviewed first in terms of financial implications and their advantageous benefits to the country.

Science, Technology and Innovation (Mosti) minister Datuk Seri Dr Adham Baba said this in a parliamentary written reply to Cheras MP Tan Kok Wai who wanted the government to state Malaysia’s involvement in the Lunar International Science Station development discussion workshop held in September 2021, and whether it intended to sign the Accord.

“While the participation of these programmes are open to all nations, the government at this moment is not willing to become a signatory to the Accords.

“The government is of the view that Malaysia is still not ready to join these initiatives and the decision to become a signatory for such programmes needed to be scrutinised first of various aspects including financial implications and advantages that benefit the country before participating in the Accords or the development of the ILRS,” Dr Adham said.

Dr Adham further pointed out that the country needed to also first increase its space technology capabilities among local experts and possess necessary legislations to regulate space activities before it could consider participating in the aforementioned initiatives.

“As Yang Berhormat is informed, Mosti has just tabled the Malaysian Space Board Bill 2020 for first reading in Parliament on November 3, 2020 and the second reading on October 28, 2021.

“After this, the Bill will need to be approved by the Senate because it can be enforced,” he added.

The Bill is expected to help the government ensure that the nation’s space sector activities are carried out safely and responsibly in compliance with international space-related treaties and legislation.

The Artemis Accords are an international agreement between national governments participating in the Artemis Programme — a United States-led international human spaceflight programme — with the ultimate goal of returning humans to the moon and space exploration expansion.

Drafted by the National Aeronautics and Space Administration (Nasa) in collaboration with the US Department of State, the Accords establish a framework for cooperation in the civil exploration and peaceful use of the Moon, Mars, and other astronomical objects.

Among the first signatories of the Accords were Australia, Canada, Italy, Japan, Luxembourg, United Arab Emirates and the United Kingdom.

The Accords remain open for signature indefinitely and additional signatories may not directly be involved in the Artemis Programme, but nonetheless be committed to the principles set out in the Accords.

Meanwhile, the ILRS is a complex experimental research facility built on the lunar surface or in lunar orbit that could carry out multi-disciplinary and multi-objective scientific research activities including exploration and utilisation, lunar-based observation, basic scientific experiment and technical verification, and long-term autonomous operation.

It is a joint initiative developed by Roscosmos State Corporation for Space Activities (Roscosmos) and the China National Space Administration.

According to Dr Adham, a Malaysia expert was among those in attendance during a closed-door seminar held in China on September 27.