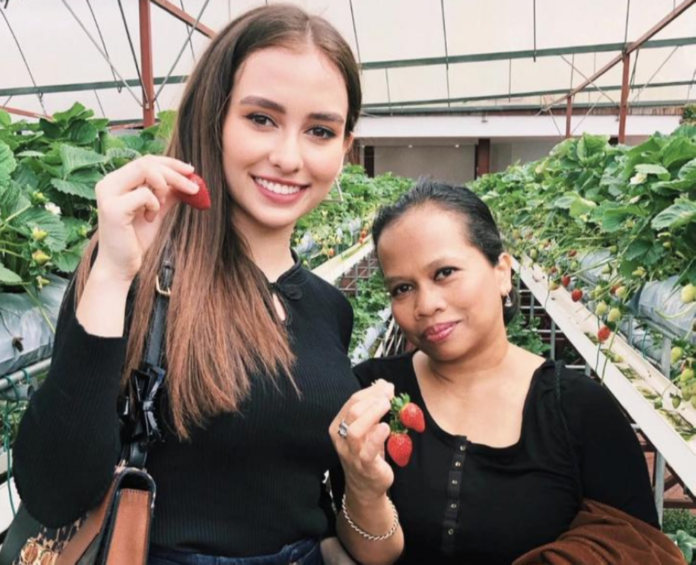 Anna Jobling responded to mean comments made about her mother. –Screenshot via TikTok/ Bobbaskyy2.

A video montage of Anna and her mother on TikTok recently by user Bobbaskyy2 which has amassed 1.6 million views, saw some leaving mean comments over her mother’s appearance.

“Not me thinking this was her maid without reading the comments,” commented hakken345ken.

“How the mother gets a handsome husband,” sayatakdanama remarked.

@bobbaskyy2 mother is everything #annajobling THE SHADE – Rex Orange County

Anna responded to the comments through a video interview uploaded on TikTok by Xtra_My.

The 22-year-old admitted that while she was sad, she was glad her mom was unbothered by it all.

“If you have a problem with me, just say it to my face, don’t drag my family into this because they are not bothering anybody.

“I told my mom about it and Alhamdulillah my mom is a strong person, and she doesn’t care about any of it.”

The Melaka-born actress added that she would prefer it if social media users commented about her career rather than her personal life.

“I think maybe because I’m a public figure, they think they have the right to comment on everything about me.

“Why can’t you just comment about my work, my drama, my acting, my theatres, why would you involve my family?

“But you know what, these netizens have mouths, they can say anything they want but the most important thing for me is just keeping positive and I don’t want to be bothered with the issue anymore,” she added.

Anna expressed her gratitude to her fans for supporting her.

“I’m so grateful to have fans who backed me up because they understand how it felt.

“My fans are kind, supporting and very respectful to me and my family and I’m so grateful to have them.”

Before acting, Anna was a model and involved in beauty pageants, going on to be crowned Miss Tourism Pahang in 2018.

Anna is also known for her role in the 2020 film Pasal Kau directed by Adrian Teh as well as in the 2021 film Penunggang Agama 2.