HomeWorldLula slightly boosts lead over Bolsonaro ahead of Brazil first round, poll...
World

Lula slightly boosts lead over Bolsonaro ahead of Brazil first round, poll shows 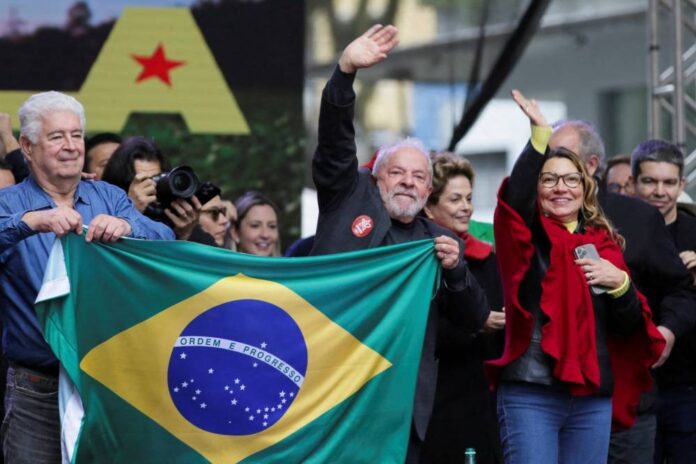 The Datafolha survey showed Lula with 47 per cent voter support versus 33 per cent for Bolsonaro in the election’s first round, compared with 45 per cent and 33 per cent, respectively, in the previous poll.

In an expected second-round run-off, Lula would garner the support of 54 per cent of voters versus 38 per cent for Bolsonaro, a 16 point advantage, according to the poll, the same result from a week ago.

Bolsonaro’s approval rating edged up to 32 per cent, compared to 30 per cent one week ago; and still above the 22 per cent he held in December, after which his popularity ticked up thanks to welfare programs and measures to tackle inflation.

His disapproval came in at 44 per cent, according to the poll, the same result from one week ago but down from the 53 per cent seen in December.

Datafolha conducted 6,754 in-person interviews between September 20-22. The poll has a margin of error of 2 percentage points up or down. – Reuters