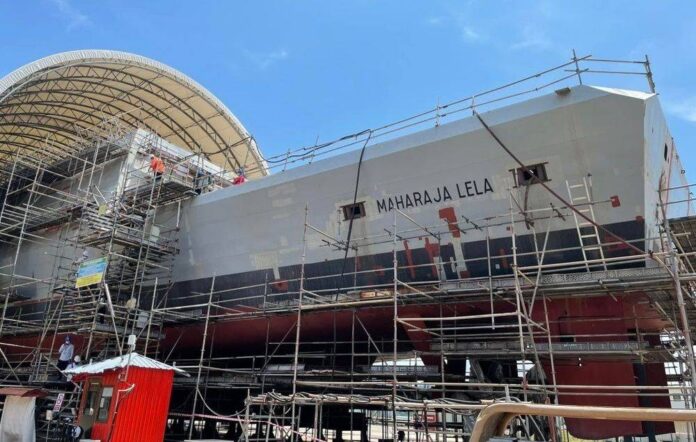 The declassified report also recorded that the cost details were seen to have increased respectively by RM41 million and RM722.43 million on July 16, 2019 compared to BNS’s initial justification dated May 17, 2019, which was RM1.375 billion or RM693.57 million. — Picture via Facebook

KUALA LUMPUR, Aug 17 — The government may need to fork out RM11.145 billion in total for the six controversial littoral combat ships (LCS), a substantial increase from the RM9 billion agreed upon years ago.

According to the Investigating Committee of Procurement, Governance and Finance (JTSUPKK) report on Littoral Combat Ship (LCS), the main contractor the Boustead Naval Shipyard (BNS) Sdn Bhd claimed in a letter on July 16, 2019, that it would need an additional RM1.416 billion to complete all six ships.

This is after the original ceiling allocation to the project was set at RM9 billion before being adjusted to RM9.128 billion.

The committee added that the Ministry of Finance (MoF) has approved through direct negotiations the procurement of Integrated Logistic Support (ILS) equipment amounting to RM800 million to BNS. ILS is mandatory equipment and its procurement will certainly increase the cost of the LCS procurement contract to RM9.7286 billion.

“The Investigation Committee expects the cost of construction of six LCS will continue to increase following the exchange of major equipment which also involves the implication of additional time for the delivery of the ship.

“Based on the letter from the BNS company dated 16 July 2019, in order to complete the construction of the six LCS, an additional cost estimate of RM1,416.44 million is required, which consists of direct costs amounting to RM58.41 million and also indirect costs amounting to RM1,358.03 million due to equipment exchange and Implementation Schedule.

“Indirect costs involve the extension of the Basic Design period, Design Authority, Equipment delivery schedule, warranty, Insurance and financial costs of other sources. This makes the total estimated cost of the project to be RM11.145 billion,” said the report.

The declassified report also recorded that the cost details were seen to have increased respectively by RM41 million and RM722.43 million on July 16, 2019 compared to BNS’s initial justification dated May 17, 2019, which was RM1.375 billion or RM693.57 million.

“Within a period of two months, there may be a proposed cost increase of RM41 million or RM722.43 million. While for the LCS handover, there has been a delay of between 24 to 34 months from the original handover period according to the contract,” according to the report which has been declassified today.

According to the main contract, the construction of the LCS was carried out in phases with the agreed delivery of the ship being between April 2019 and August 2023.

Following the delay in the implementation of LCS construction, on December 20, 2018, BNS forwarded three Variation Proposals (VP) to the Ministry of Defence involving the Integrated Platform Management System (IPMS), Decoy Launching System (DLS) as well as amendments to the Implementation Schedule.

“The exchange of IPMS and DLS has an impact on time, but according to BNS, ‘cost to be discussed and determined later’ while changes to the ‘implementation schedule’ including ‘payment schedule’ and ‘payment data directory’ have been detailed according to current developments and progress,” the report said.

On August 13, Senior Defence Minister Datuk Seri Hishammuddin Hussein said the government will focus on putting the littoral combat ship (LCS) project back on track as decided by the Cabinet.

He said negotiations with vendors, original equipment manufacturers (OEM) and banks are being carried out.