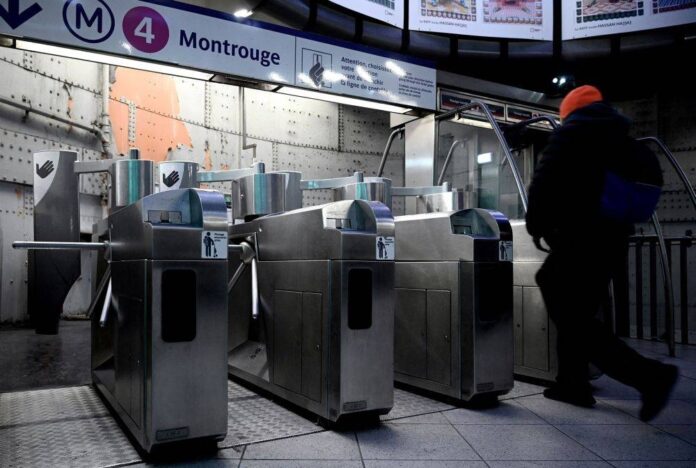 The Paris Metro is phasing out cardboard tickets after 120 years, taking the capital’s urban transit into a contactless future. — ETX Studio pic

PARIS, Oct 5 — The Paris Metro is phasing out cardboard tickets after 120 years, taking the capital’s urban transit into a contactless future but leaving behind nostalgic fans who will miss the humble rectangular cards.

Beyond their intended use as a transport token, the tickets with their trademark magnetic strip have inspired artists, filmmakers and singers, served as emergency notepads and, most of all, bookmarks.

Ile-de-France Mobilites, which operates the metro’s ticketing system, had wanted the pack of 10 tickets known as “carnets” to be gone by the first quarter of this year.

But then the Covid-19 pandemic erupted, and Russia’s war in Ukraine, and with it a global shortage of microchips needed to make the smartcards to replace the tickets — whose sales still total 550 million per year, more than 50 tonnes of paper.

“We were in a hurry, but the chip crisis slowed us down,” Laurent Probst, director-general at Ile-de-France Mobilites told AFP.

The operator has started cutting the number of metro stations that still sell carnets to nudge clients towards plastic cards, and many turnstiles can no longer read cardboard tickets.

As a result, the share of card tickets used on urban trips has dropped from more than two-thirds a year ago to well under half now. “Our customers are beginning to change their habits,” Probst said.

He said carnets would be gone completely sometime next year.

But, probably until 2024, travellers will still be able to buy single tickets at EUR1.90 (RM9), a markup from the EUR1.49 a single journey costs when using a smartcard.

Ile-de-France Mobilites is pushing ahead with more modernisation, including the use of smartphones at turnstiles, with Android phones to be enabled within weeks and Apple phones in 2023.

“I’m enthusiastic about this development,” Probst said. “This is a sea change in the quality of our customer service.”

Paris’s leap into the future comes 20 years after the New York subway abolished metal tokens, and more than a decade after London’s Underground went mostly paperless, but some are pleased that Paris has taken things slowly.

“I enjoy the texture of it, I enjoy the cleanness of the ticket itself when it’s new, and how much you can destroy it and still have it,” said Sarah Sturman, an Italian-American artist in Paris who uses metro tickets in her collage work.

“I’m going to keep collecting metro tickets until they’re gone, and when they’re gone they’ll be even more precious,” she told AFP.

“If I see a metro ticket in a scrapbook 10 years from now, it will all come rushing back: Memories of being on the metro late at night, or in the rush hour, my favourite metro line, or why I hate another one, losing the tickets, trying to sort through my bag at the turnstile, doing laundry and finding your crumpled metro ticket in a pocket afterwards,” she said.

Cannabis smokers will also miss the 30-by-66-millimetre ticket, which can be used to make filter tips, or “crutches”, for joints.

The metro ticket also has its place in popular culture, famously in singer-songwriter Serge Gainsbourg’s 1959 hit Le Poinconneur des Lilas (The ticket puncher at the Lilas station); as a keepsake for Yves Montand in the 1953 film Wages of Fear; and on the cover of Raymond Queneau’s novel Zazie in the Metro that director Louis Malle made into a film in 1960.

“The useful life of a metro ticket is one hour, or one and a half hours, and yet we get attached to it,” Thonnat said. “It’s quite irrational.”

“Metro ticket” is also the name of a pubic hair trimming style that leaves just a ticket-size strip after waxing. The cut, known in the United States as a “landing strip,” is the most popular among Parisian women, according to a 2020 study published by the Version Femina magazine.

‘Something to show our kids’

Some tourists visiting Paris can’t wait for the day when they won’t have to decipher complicated metro ticket machines.

“I don’t like paper tickets, I want everything on my phone,” said Javier Romani, a visitor from the Catalonia region in Spain.

“I’m against the paper tickets,” said Jeff Noel, from Indianapolis in the US state of Indiana. “If you could do this electronically in your hotel room it would be a lot easier than trying to find a machine.”

Stefania Grigoriadou, from Thessaloniki, Greece, said she preferred online booking but would hold on to the ticket she bought to get to the Disneyland Paris theme park.

“It’s nice to have it as a souvenir. Maybe we won’t come to Paris again, and so we have something to show to our kids in the future,” she told AFP. — ETX Studio