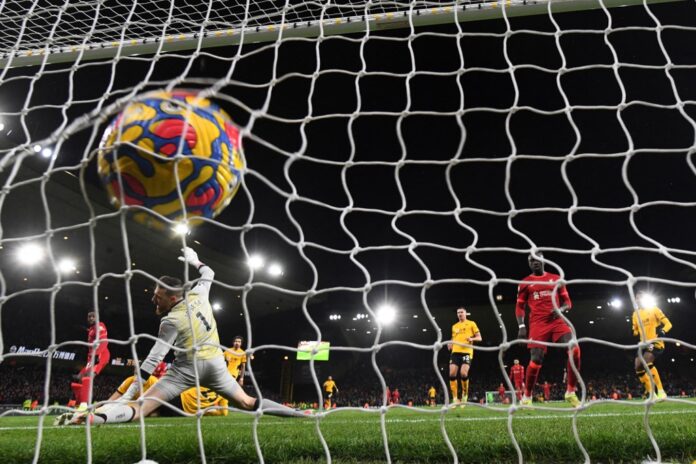 WOLVERHAMPTON, Dec 5 — Jurgen Klopp said Divock Origi deserves a manager who plays him more after scoring deep into stoppage time to take Liverpool top of the Premier League with a 1-0 win at Wolves.

The much-maligned Belgian has scored some iconic goals in seven years since signing for the Reds, but has never nailed down a regular starting place.

Klopp even expressed surprise earlier this season there were no takers for Origi in the transfer market.

However, he proved his worth as a squad player by coming off the bench to end Wolves’ resistence at Molineux after the prolific trio of Mohamed Salah, Sadio Mane and Diogo Jota had failed to fire.

“Divock Origi, the legend, finished it off and it’s a great story,” said Klopp. “He’s an incredible striker, for different reasons he did not play that often but I hope one day he finds a manager that plays him more than I do.

“He’s one of the best finishers I’ve ever seen in my life. In this great team, with our three, he doesn’t play all the time but he is a very positive boy, loves the club, wants to contribute and he did in an incredible way.”

Chelsea’s defeat to West Ham earlier yesterday handed Klopp’s men the chance to move ahead of the European champions.

Origi’s low finish from Salah’s cut-back moves Liverpool a point clear of the Blues and two ahead of Manchester City, who face Watford later on Saturday.

“Other results are not really important, we just want to win football games,” added Klopp. “We played three days ago and the derby (against Everton) is easy to focus on as it’s the game of the year, then we start the machine again and I like how we fought today.”

Liverpool had scored four goals in each of their last three league games and two or more in 18 straight games, but saw that run come to an end due to a rare off day with their finishing.

Trent Alexander-Arnold volleyed over before Jota headed over the first of his big chances to score against his former club.

Salah was denied a simple tap in for his 20th goal in as many games by a miraculous last-ditch challenge from Romain Saiss to divert Andy Robertson’s cross to safety.

The chances continued to come and go for Liverpool after the break, but none were bigger than the one presented to Jota midway through the half.

A mix up between Wolves goalkeeper Jose Sa and Saiss allowed the Portuguese international to walk the ball towards and unguarded net, but he fired straight at Conor Coady on the line rather than placing the ball into the corner.

Heroics from Sa then seemed set to earn Wolves a point as he denied Mane and Salah.

But he was finally beaten with virtually the last kick of the game as this time Salah played the provider and picked out Origi, who spun before lashing the ball in low on his left foot to spark scenes of wild celebration from Klopp and the rest of the Liverpool bench. — AFP