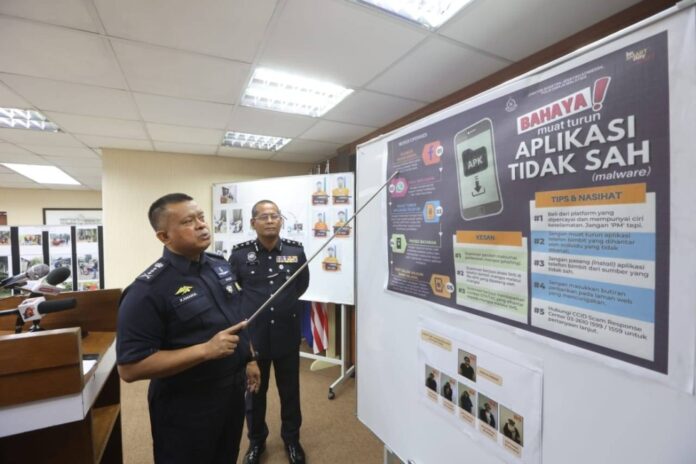 JOHOR BARU, Sept 29 — The state police once again crippled the operations of an illegal online gambling syndicate with the arrest of five men after raiding a call centre at the Tepian Bayu Apartments, Jalan Sultanah Aminah in Marina Cove here on Tuesday.

Johor police chief Datuk Kamarul Zaman Mamat said the local male suspects, aged between 20 and 40, were arrested during a 6pm raid carried out by a team from the state police contingent’s Secret Societies, Gambling and Vice Division (D7).

“Checks revealed that the raided residential premises acted as a ‘call centre’ for the syndicate that offered online gambling activities through two websites, namely www.89rich8888.com and www.tgr138.com.

“In addition, this syndicate is believed to have been operating since March this year and has an estimated daily collection of up to RM15,000 by targeting customers from Singapore,” he said in a press conference at the Johor police contingent headquarters here today.

He said the suspects’ role was as credit transfer operators.

“The five were also additionally tasked with interacting with customers to promote the syndicate’s online gambling platforms.

“They make about RM3,000 as basic salary a month and they are given a commission of 15 per cent per game,” said Kamarul Zaman.

He said investigations revealed that all transactions between the syndicate and customers were conducted via online banking.

He said investigators have identified several bank accounts that were used by the syndicate, adding that the bank accounts involve local banks.

“The success of this operation is the result of police intelligence gathering by the police and public information,” he said.

The case is being investigated under Section 4(1)(g) of the Common Gaming Houses Act 1953 for promoting illegal online gambling. Under the law, those convicted can be fined a minimum of RM5,000 to a maximum of RM50,000 and imprisonment for up to three years.

All five are in police custody and have been remanded for four days starting yesterday until October 1.