HomeEntertainmentIn London, an exhibition immerses us in the daily life of a...
Entertainment

In London, an exhibition immerses us in the daily life of a refugee camp 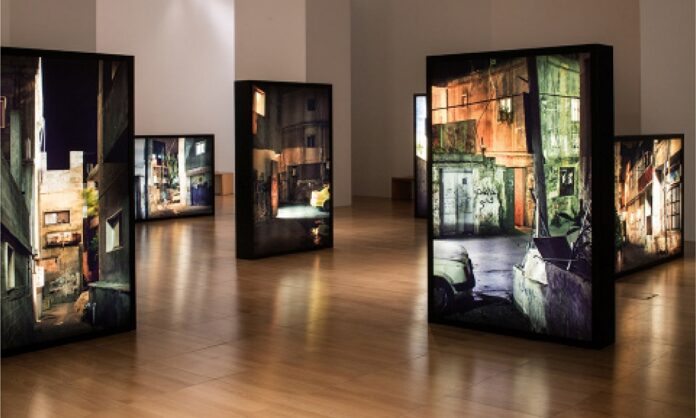 The exhibition ‘Stateless Heritage’ is on show in the Mosaic Rooms gallery in London. — Picture courtesy of The Mosaic Room

LONDON, Oct 16 — Dheisheh is one of the oldest refugee camps in the world, and now the subject of a major exhibition in the London gallery Mosaic Rooms. “Stateless Heritage” looks back at the origins of this Palestinian refugee camp, which the DAAR collective has submitted for inclusion on the World Heritage List.

The Decolonising Architecture Art Research collective presented its proposal to have Dheisheh registered on Unesco’s World Heritage List earlier this year at the Venice Architecture Biennale. Artist Alessandro Petti and architect Sandi Hilal have been working with Palestinian refugees for the past seven years to put together a dossier, arguing that the camp near Bethlehem is of “outstanding universal value.” The goal of the process? To show how the definition of heritage is not as universal as it is claimed, but is based on colonial foundations.

The “Stateless Heritage” exhibition, an initiative of the DAAR collective, consists of a series of photographs and art installations. One of them, located in the first floor gallery, is composed of large light boxes diffusing pictures of Dheisheh. They were taken by photographer Luca Capuano, who has previously documented Italian World Heritage sites for Unesco. The objective: to document Dheisheh as a living monument of “permanent temporariness” and to offer visitors a glimpse of its social and urban fabric.

Elsewhere in the exhibition, books of photographs by Capuano documenting the original villages of the Dheisheh refugees are placed on illuminated plinths of varying heights. A way for “Stateless Heritage” visitors to make a “journey of return,” which is impossible for the residents due to Israel’s failure to respect the Palestinians’ right of return.

Another room in the Mosaic Rooms has been converted into a living room, or “madafeh,” for Palestinian researcher Omar Hmidat to hold weekly meetings every Sunday. He used to receive people in the living rooms of the Dheisheh camp, before moving to London last year. These events will allow Londoners to get acquainted with the culture of Dheisheh.

“Refugee camps are established with the intention of being demolished. As a paradigmatic representation of political failure, they are meant to have no history and no future; they are meant to be forgotten. The only history that is recognised is one of violence and humiliation. Yet the camp is also a place rich with stories, narrated through its urban fabric,” stated the DAAR collective.