How coffee is saving a unique Mozambican forest 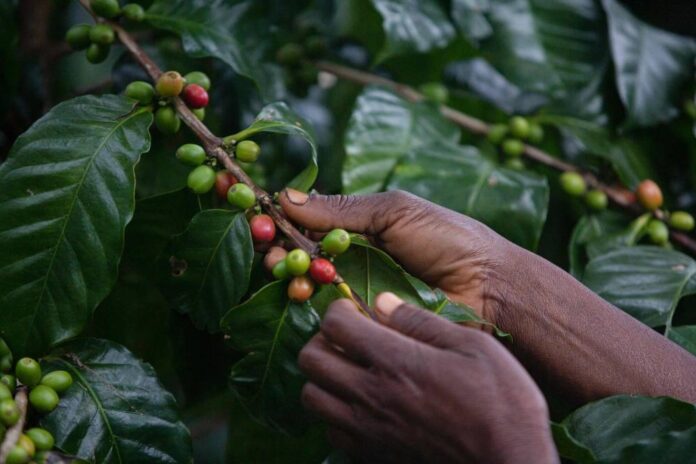 A general view of someone handling coffee beans in a plantation at the Gorongosa mountain range in Gorongosa on May 20, 2022. — AFP pic

The slopes of this Mozambican landmark were once covered with verdant rain forest.

Now, they are scarred by deep holes — the result of clearcutting that exposed the soil and parched it, leaving only shrubs and grasses.

But in recent years, the forest has been growing back, thanks to a previously foreign crop: Coffee.

As Juliasse Samuel Sabao walks through the plantation, at an altitude of some 1,000 metres (3,300 feet), he points out the obvious progress.

One side of the track resembles a desert. On the other, a dense forest shelters carefully placed coffee plants.

“Before, this was completely empty. Today, you see the result.

“Coffee needs shade to grow. So, for every coffee plant, we plant a tree as well,” he said.

Sabao, who works for Gorongosa National Park, fled to Zimbabwe to escape Mozambique’s civil war. There, he discovered coffee culture.

He brought that knowledge back with him to help restore the mountain, which was largely cut off from the world for decades.

Mozambique fought a bloody war for freedom from Portugal, but after independence in 1975, a civil war ravaged the country until 1992.

A smaller conflict later erupted in 2013, ending with a peace treaty in 2019.

During the conflicts, Renamo rebels who used the mountain range as a war-time base and stronghold, exploited the park’s natural resources to the brink of environmental collapse.

Pedro Muagara, a trained agronomist and the park’s director, had planted a few seedlings, until the conflict shattered his coffee dreams.

As the war dragged into its final years, besieged rebels camped on the mountain slopes with their families. They cleared the forest to grow crops to survive.

“These people depended on subsistence farming, because they can’t afford machinery like tractors. That turned them into agricultural nomads,” he said.

“So, they’d clear a few areas, and then deforestation stripped nutrients from the soil. The land got depleted, and when that happened, they’d go clear another patch.”

The peace treaty didn’t solve the problems of communities on the mountain.

“They didn’t have the training or the means to transition from being itinerant farming to conservation farming,” Muagara said.

“We had to explain to them that when they lose a tree, they lose their livelihood with it.”

Coffee plants take several years to become productive, so the programme also includes food crops so the communities can still support themselves.

Gorongosa coffee is exported around the world, with profits ploughed back into the plantation.

The forest’s revival reflects Gorongosa’s larger rebirth, since a 20-year partnership was formed in 2008 between Mozambique and the foundation of American philanthropist Greg Carr.

The World Bank has praised the partnership as a model, which has benefited some 200,000 people in the area.

The programme also aligns with the government’s goal of improving agriculture and moving beyond exports of raw commodities, said Celso Correia, Agriculture and Rural Development minister.

“One of the biggest challenges in the agriculture sector is the lack of mechanisation, and the need for technology transfers,” he said.

“The priority is to mobilise resources, but also to improve mobility, developing infrastructure and transportation, so that we can improve the value chain.”

With the war in Ukraine, “commodity price inflation is also affecting Mozambique. We need to alleviate this pressure… increase production, (and) be self-sufficient,” he said.

“We can’t depend on international projects”. — AFP

How will Thailand’s legalisation of cannabis affect tourism in the country?