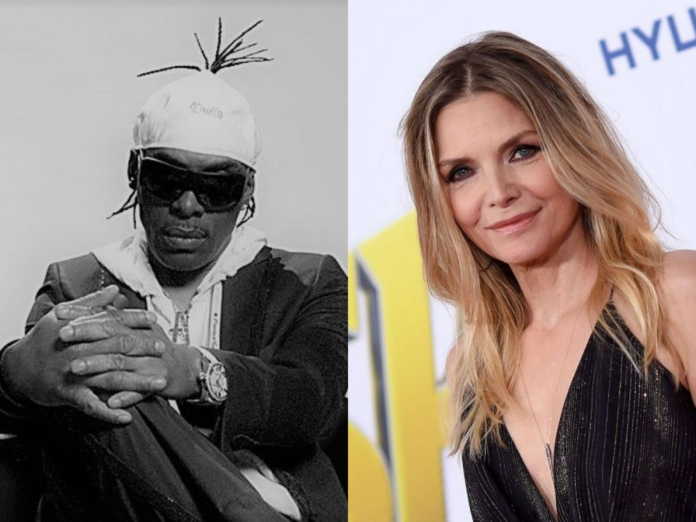 KUALA LUMPUR, Sept 30 — Hollywood star Michelle Pfeiffer is among many celebrities who have posted their emotional goodbyes to Coolio. The 90s rapper, whose real name is Artis Leon Ivey Jr, died on Wednesday (September 28).

Pfeiffer was the lead of 1995 film Dangerous Minds which featured Coolio’s Gangsta’s Paradise on its soundtrack. As her tribute, Pfeiffer shared a clip of the song’s music video on her Instagram.

The shared clip was the music video’s opening scene where Pfeiffer was seated in front of Coolio as he performed his Grammy-winning single.

“Heartbroken to hear of the passing of the gifted artist Coolio. A life cut entirely too short. As some of you may know I was lucky enough to work with him on Dangerous Minds in 1995.

“He won a Grammy for his brilliant song on the soundtrack – which I think was the reason our film saw so much success. I remember him being nothing but gracious. 30 years later I still get chills when I hear the song.

“Sending love and light to his family. Rest in Power, Artis Leon Ivey Jr,” Pfeiffer wrote in the post.

Coolio’s Gangsta’s Paradise topped the Billboard Hot 100 for three weeks upon its release and was also the No.1 single of the year in the United States in 1995.

The song was nominated for record of the year and best rap solo performance at 1996’s Grammy Awards with Coolio taking home the latter award.

Pfeiffer’s post has garnered over two million views with over 100,000 likes and 5,000 comments from social media users reminiscing about the song and the late rapper.

Aside from Pfeiffer, other celebrities also penned their goodbyes to Coolio.

Hip-hop icon Ice Cube posted on Twitter: “This is sad news. I witness first hand this man’s grind to the top of the industry. Rest In Peace Coolio.”

According to TMZ, Coolio was found dead at a friend’s house in Los Angeles after paramedics were summoned for a medical emergency on Wednesday afternoon.

Law enforcement sources said that no drugs or drug paraphernalia were found at the scene of the death.

According to CNN Entertainment, an autopsy performed on Coolio yesterday did not reveal the cause of Coolio’s death and further investigation will be conducted.