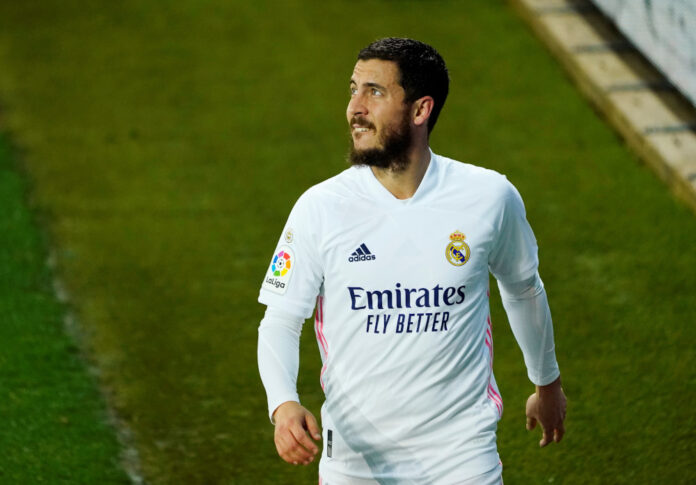 MADRID, May 14 — Eden Hazard will stay at Real Madrid next season as the Belgian is determined to prove his worth after a nightmare three years, Carlo Ancelotti said on Saturday.

Hazard was one of the best players in the world when he joined Real Madrid for an initial €100 million (RM458 million) in 2019 but he has been plagued by injury problems since moving to Spain.

The 31-year-old underwent surgery on his right ankle at the end of March in the hope of solving the latest in a long line of fitness issues.

Even when available this season, Hazard has been reduced to a bit-part role in the team but Ancelotti insists the plan is not for him to leave this summer.

“We haven’t spoken about that, the plan is quite clear,” Ancelotti said in a press conference.

“He has a lot of motivation because he hasn’t had a good time these last few years and he wants to show all of his quality, which for many reasons he hasn’t been able to do.”

Hazard is available again and could face Cadiz on Sunday after his latest operation removed a metal plate that was inserted to stabilise his ankle in March 2020.

But he faces a fight to establish himself in Real Madrid’s starting line-up next season, with Vinicius Junior emerging as one of the team’s most explosive players this term and Kylian Mbappe expected to arrive from Paris Saint-Germain this summer.

“With a squad like Real Madrid’s you always play a lot of games,” Ancelotti said. “There’s tiredness and we will rotate, even if we haven’t much this year.

“I think the quantity of minutes isn’t so important, it’s about the quality,” Ancelotti added. “We have a clear example in Rodrygo. He hasn’t played a lot of minutes but he’s played with great quality and made the difference.”

Ancelotti said Karim Benzema will be rested against Cadiz, despite the Frenchman being one goal away from overtaking Raul in the list of Real Madrid’s all-time scorers.

Benzema and Raul are level on 323 goals for Madrid, behind only Cristiano Ronaldo, who scored 450.

Vinicius and Thibaut Courtois will also sit out for the La Liga champions as Ancelotti looks to keep his players fresh for the Champions League final against Liverpool on May 28. “I will give them a rest because they deserve it,” Ancelotti said. — AFP

PSG confirm Di Maria to leave at end of season