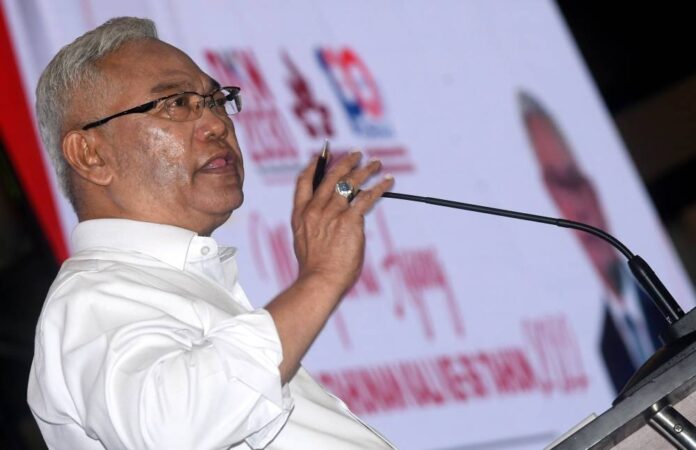 Noh said he strongly encouraged influential young leaders to contest as they could bring new ideas to Selangor.

“An influential and intelligent young figure in the financial sector, Finance Minister Datuk Seri Tengku Zafrul Abdul Aziz can be given a chance, because he is anak Selangor (Selangor born).

“Apart from Tengku Zafrul, the Economics director in the Prime Minister’s Office, Shahril Hamdan, is also a suitable young man.

“In the Umno top leadership , Selangor has the most people. We have eight of them and among them are Information Chief, Shahril, who is also the party’s Youth vice-chief, Puteri chief Datuk Zahida Zarik Khan; myself, Opposition Chief in the Selangor State Assembly Rizam Ismail and Isham Jalil,” he told a press conference after the Kopenas annual delegates meeting here today.

Meanwhile, commenting on a statement by Opposition Leader Datuk Seri Anwar Ibrahim, who regarded the government as “bangang” (dumb) for being slow to act in addressing the rising price of goods, Noh said the Parti Keadilan Rakyat president should not make the cost of living a political issue.

He said the government had set up the National Action Council on Cost of Living (Naccol), which involved the participation of non-governmental organisations (NGOs), to seek views on the current situation and also a special team, “Jihad Tangani Inflasi” (Jihad on Addressing Inflation), to address the issue of rising prices of goods and cost of living.

The Cabinet had also set up a Technical Committee on Addressing National Food Security Issues, he added. — Bernama