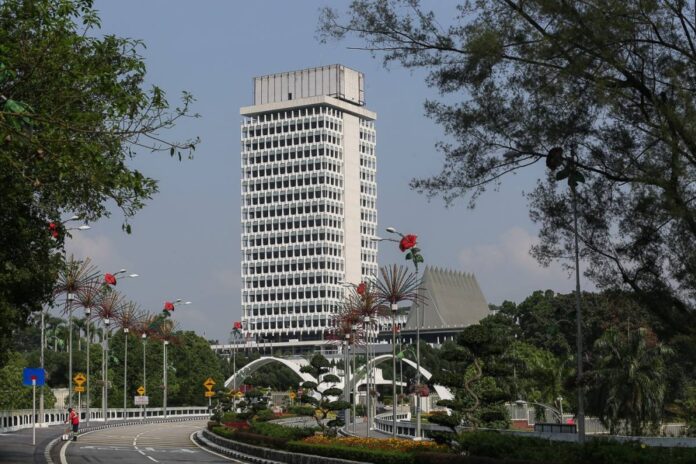 KUALA LUMPUR, Nov 11 — For the 15th general election (GE15), which has produced many firsts, there is one new record that is a bit of a mixed bag — the number of women candidates vying for political power.

At 187 — 127 for Parliamentary seats and 60 for state seats — it is the highest number of women Malaysia has ever seen contesting in a general election. However, in the federal-level polls, the 127 women only comprise 13.4 per cent of the 945 candidates, a far cry from the 30 per cent target for female political representation that political leaders have been promising for almost a decade.

Although the number of female Parliamentary candidates fielded in GE15 is higher than in GE14, which had 72 female candidates, women rights groups, activists and political analysts are disappointed the total did not even break 20 per cent.

The coalition fielding the highest number of female candidates is Pakatan Harapan with 40 or 18 per cent followed by Barisan Nasional with 22 or 11 per cent and Perikatan Nasional with 16 or 9.3 per cent. All in, the women are contesting 103 seats out of the 222 Parliamentary seats.

“The general election this year is not the turning point that we have been hoping for women,” said Zaireeni Azmi, senior lecturer at the Unit for Research on Women and Gender at Universiti Sains Malaysia.

It was especially disappointing as leaders of major political parties had promised on Oct 2 to field women candidates in 30 per cent of the seats they were contesting.

The 30 per cent target refers to a point when there is enough representation of a sub-group, meaning it would now have reached critical mass for the sub-group concerned to become visible and have influence.

Malaysia ranked 103 out of 146 countries in the 2022 World Economic Forum Report and has one of the worst rates of gender disparity among Asean members save for Brunei and Myanmar.

According to the Department of Statistics Malaysia 2020 figures, Malaysian women’s political empowerment rate is abysmal at 10 per cent.

And yet, women have surpassed men in educational attainment at 105 per cent, almost reached gender parity in health and survival at 93 per cent, and a lower rate of economic participation and opportunity at 73 per cent.

Experts told Bernama it is important for women to be part of the political leadership, not only because they make up about 50 per cent of voters and the population but having women in decision-making positions in enough numbers also benefits the country’s economy and society. Research by global consulting firm McKinsey has found that more women in government can also lower corruption levels.

“When those making policies are more diverse — it’s not just men, it also comprises women — of course, they bring into it a different perspective. Even in businesses, they acknowledge that for companies that are more inclusive, they find that they perform better,” said Lai Suat Yan, senior lecturer in the Gender Studies Programme at Universiti Malaya.

She added women also would be able to highlight and work on many issues, such as education, childcare, the elderly and gender-based violence, to improve society and help the people.

But despite the benefits, breaking the glass ceiling has been proceeding at a glacial pace, stemming from patriarchal culture to fear.

In Malaysia, the common path to a political career is via political parties, mainly because standing for elections costs a lot of money. Parties provide funds, the infrastructure and support to help win elections, if one is lucky enough to catch the eye of party leaders after exerting time and effort in the service of the party.

The competition is fierce and not everyone will succeed. Throw the patriarchal culture in the mix — party leaders are mostly male — and it is difficult for women to break through to the top even though they have worked hard for the party for years.

Sharifah Syahirah, who is also the National Council of Women’s Organisations assistant secretary, said political leaders tend to pick and assign merit to those based on their own standards and character and if the leaders are mostly men, then they are more likely to see other men as leaders.

“Because of that, their so-called merit and their standard of leadership … is very masculine in nature. There’s a term, we call it homosociality, whereby the leader will perceive those who are capable (are those) he can relate to his own character,” she said.

This leads to most women being shut out from the party leadership’s inner circle, which in turn prevents women an equal chance at the brass ring.

Zaireeni told Bernama breaching the “old boys club” mentality in political parties while seeking to consolidate power is a huge hurdle to surmount.

“All of these parties, which are led by men, are fighting for power so they want to put their people … in certain positions, in Parliament especially. Because you want to run the country. In that case, definitely women, or a high number of women, will not be chosen to be candidates,” she said.

She added the belief that women do not make good leaders and cannot win elections also contribute to party leaders’ decisions.

While defending BN’s decision to field only 22 women candidates despite earlier promises, its chairman Datuk Seri Ahmad Zahid Hamidi said in a Facebook post on Nov 4 that many incumbents protested against giving up their seats to make way for female candidates. He also described the decision not to field more female candidates as “a tactical decision” to win the general election.

According to a survey done by the Merdeka Centre as of Oct 28, a plurality of voters chose “seat candidate” as the determining factor on whether to vote for him or her. The survey did not examine whether a candidate’s gender would affect their voting decision. Party loyalty came second.

Despite the disappointment, the experts acknowledge the situation for women has improved with every general election. Recent trends have given them hope that women leaders will be the norm soon.

Sharifah Syahirah said she noticed women have also become more vocal in asking to be political leaders in their own right.

“Last time they were like accepting the decision made by the leader just like that. They would just say, ‘Ok. It’s not enough for us but we will always be loyal to the party.’ But now in GE15, we have heard a few women leaders in political parties say it in a critical manner and also even questioned their leaders’ decision,” she said.

Lai agreed, but said women and their allies should keep pushing for progress.

She said it would be a good idea to remove party leadership from the process by having direct primaries to select candidates for a constituency.

This way, women and other party members can contest to become the nominee to specific constituencies, without having to wait for party leaders to notice them. Instead, normal party members get to choose who would best represent the constituency.

“We know what has been happening has not worked. Of course, we need to try new things and new ideas,” she said.

Experts said the change should largely occur from the top down. One way is for political parties and the government to implement a quota, requiring 30 per cent of the candidate line-up or seats in the Parliament or Cabinet to be reserved for women.

Election analyst Manimaran Govindasamy told Bernama the above idea was one of the suggestions the 2018 Electoral Reform Committee made to the government.

“We also suggested 30 per cent of the seats be allocated to women. Thirty per cent of the candidates fielded by every party in an election must comprise women,” he said.

He added there has been no response from the government on the proposals.

Whether the changes be the way parties choose the candidates or a quota system, female participation in the political process is something political parties and the government should be concerned about. Malaysian female voter turnout has worsened from nine per cent lower than men at GE13 to 11 per cent lower at GE14, as reported by political analyst Bridget Welsh.

As such, experts said parties and non-governmental organisations should engage the public, encourage women to take more part in the political process and cultivate future leaders.

“There are more and more women who say, ‘I believe I can win, I believe I can be a good female leader. It’s just that I’m not being given the opportunity,'” said Lai. — Bernama

Facebook
Twitter
Pinterest
WhatsApp
Previous articleThis reusable pizza box is taking a slice out of takeout waste
Next articleIt took them six months, but these Chinese hackers successfully made a folding iPhone