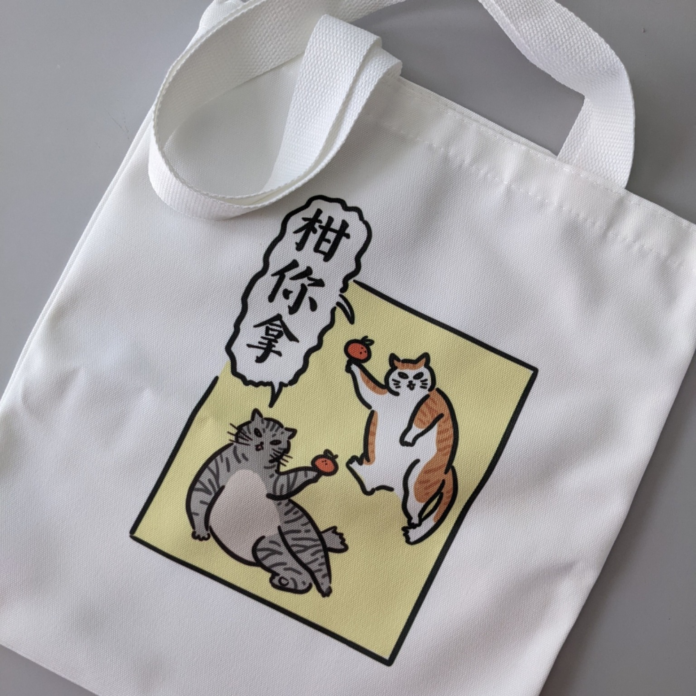 The sale of a festive tote bag has been stopped after people took offence at its wordings. — Picture via Facebook

KUALA LUMPUR, Jan 13 — The sale of a festive canvas tote bag has been stopped by its Malaysian manufacturer one day after it announced its sale as a three-word phrase plastered on the bag sounded like a vulgar Hokkien phrase.

The bag features two cats with a speech bubble saying Gan Ni Na (You Take The Oranges) and holding up a mandarin orange each.

However, the manufacturer announced through its Facebook page that it was stopping sales of the bag, retailed at RM38, due to backlash.

According to Mothership, Gan Ni Na literally means citrus you take or understood within the Chinese New Year context, “Here, have some mandarin oranges”.

It is, however, a homonym for the vulgar Hokkien cuss phrase.

In its post, the manufacturer, Mentor Publishing said it would honour orders placed prior to the suspension.

In its defense, Mentor Publishing said they thought the product was funny and cute, and has always set out to maximise creativity and give voice to various forms of expression, no matter how politically incorrect.

Those who missed the boat in purchasing the bag appealed to the manufacturer to reconsider their decision while others lambasted those who criticised the design.

“Nowadays people do not have a sense of humour,” Facebook user Chun Wei Lim commented.