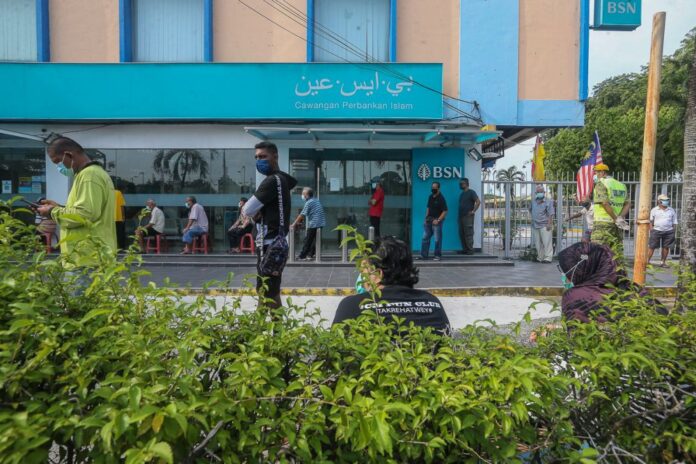 He said the increased allocation was due to the positive response from affected borrowers.

“As announced previously by the prime minister, RM100 million was allocated to allow affected borrowers to loan up to RM10,000 with zero per cent interest and a six-month moratorium.

“The demand was quite good and so far we have approved RM150 million to borrowers affected by the floods,” he said during an interview on the Inklusif Bersama Menteri Kewangan programme on TV1 tonight.

BSN began offering its BSN MyRinggit-i Banjir personal financing since last December, and the maximum amount has been increased to RM10,000 from RM5,000.

The loan terms include a zero per cent rate for a 3.5-year financing period including a moratorium for the first six-months of monthly installment payments, and is open to flood victims nationwide.

Tengku Zafrul added that flood victims also received moratoriums on vehicle, housing and credit card loans from all banks to defer their loans.

He said the assistance was one of the flood relief packages provided so far, worth over RM1.4 billion, and includes the Bantuan Wang Ihsan financial assistance, basic necessities aid and home repair assistance.

The National Disaster Management Agency (Nadma) said in a statement earlier today that a total of 74,285 or 64.1 per cent of households affected by the first wave of the north-east monsoon floods have received their BWI payments so far while another 36,639 households were still in the process of payment.

Tengku Zafrul said that from 1998 to 2018, Malaysia experienced 51 natural disasters, and during that period more than three million people were affected and 281 killed, with estimated damages costing over RM8 billion. — Bernama