HomeSportsFederer says he wants to stay linked to tennis
Sports

Federer says he wants to stay linked to tennis 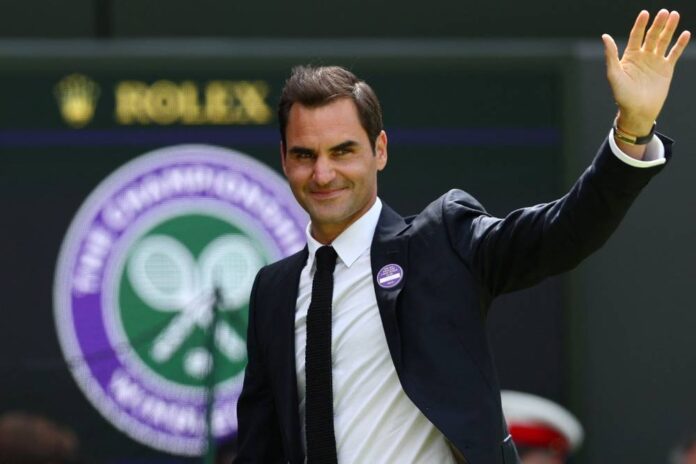 Swiss tennis player Roger Federer waves during the Centre Court Centenary Ceremony, on the seventh day of the 2022 Wimbledon Championships at The All England Tennis Club in Wimbledon July 3, 2022. — AFP pic

GENEVA, Sept 21 — Swiss tennis legend Roger Federer, who last week announced his imminent retirement wants to remain connected to “the sport that has given me everything,” he said in an interview published Tuesday.

Federer, a winner of 20 Grand Slam titles and one of the best players of all time, sparked a global outpouring of emotional reactions when he announced he would retire after this week’s Laver Cup.

Last Thursday he admitted on social media that his battles with a knee problem had forced him to call time on a historic career that had earned him a reputation as one of the most elegant players the game has ever seen.

As he arrived in London for his final ATP event, he told Swiss broadcaster RTS that he was “relieved” to have made the announcement, and “very happy to have been able to have the career I have had.”

He told RTS that in recent months “my progress was not satisfactory, that my knee was not letting me go.”

“Then I received a scan that was not great, and there was no more progress,” he said. “I told myself that it was over. Honestly, I didn’t want to do it anymore.

Federer acknowledged that he choked back “a tear or two when he announced his coming retirement last week, but told RTS he was “happy to have taken the step.”

Asked about what his plans were going forward, the tennis great said “I do not know exactly what my future will be, but I do not want to completely distance myself from the sport that has given me everything.” — AFP