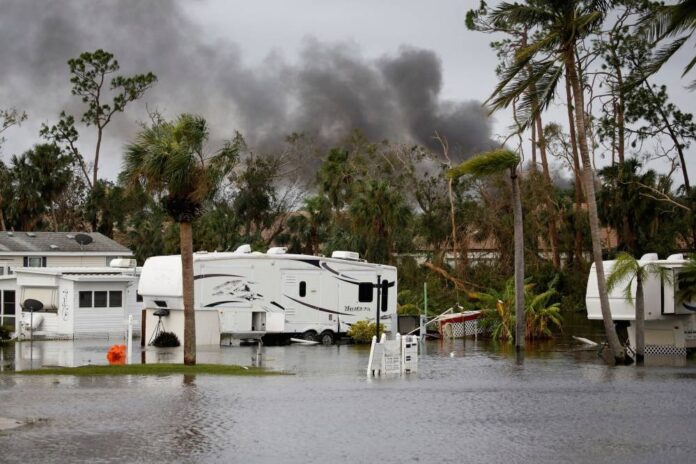 VATICAN CITY, Oct 4 — Recent extreme weather events, such as the hurricane that devastated parts of Florida, show that the time for climate change denial and scepticism is over, a senior Vatican official said on Tuesday.

Cardinal Michael Czerny, a Canadian who heads the Vatican’s development office, made his comments at a news conference presenting The Letter, a new film on the climate crisis by two-time Emmy award winner Nicolas Brown.

The film takes its title from Pope Francis’s 2015 encyclical letter Laudato Si (Praised Be) on the defence of the environment. It premiered at the Vatican on Tuesday and will be available free on YouTube Originals. Tuesday is the feast day of St. Francis of Assisi, patron of the environment.

“The time is over for speculation, for scepticism and denial, for irresponsible populism,” Czerny said.

“Apocalyptic floods, mega droughts, disastrous heatwaves, and catastrophic cyclones and hurricanes have become the new normal in recent years; they continue today; tomorrow, they will get worse,” he said.

Last week, Hurricane Ian, one of America’s fiercest storms, killed more than 100 people and devastated tens of thousands of properties.

At the time that the papal encyclical was issued, some conservative Catholics allied with conservative political movements and corporate interests criticised the pope for backing the opinion of a majority of scientists who said global warming was at least partly due to human activity.

Francis, 85, strongly supports the goals of the 2015 UN Paris accord to reduce global warming and the use of fossil fuels. Former President Donald Trump withdrew the United States from the accord but his successor, Joe Biden, has rejoined it.

Hoesung Lee, the chair of the Intergovernmental Panel on Climate Change (IPCC), told the news conference “the stakes have never been higher” in the need to stem global warming.

“The IPPC’s assessment clearly points out that climate impacts and risk are becoming increasingly complex and more difficult to manage, and that accelerated and equitable climate action in mitigating and adopting to climate change is critical to sustainable development,” said Lee, a South Korean economist.

“Both the science community and faith community are very clear. The planet is in crisis and its life support systems are in peril,” he said.

The film, which includes conversations with the pope, addresses climate change through the eyes of an indigenous leader from the Amazon, young people, poor people and researchers studying its effects on coral reefs. — Reuters